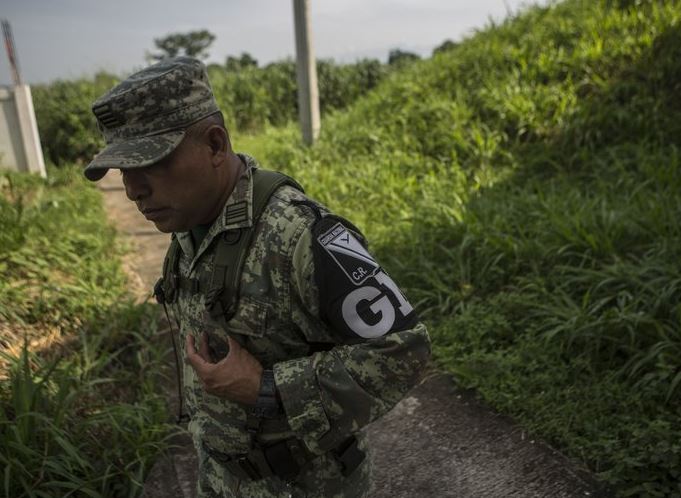 Mexico has completed its deployment of 6,000 National Guard members to help control the flow of Central American migrants headed toward the US and filled 650 immigration agency posts to regulate border crossings, the government said Friday.

The announcement by foreign minister Marcelo Ebrard comes as Mexico puts into effect a deal on irregular immigration reached with Washington to head off stiff tariffs President Donald Trump threatened to slap on all imports from Mexico.

A Mexican official who was not authorized to speak about the deployment and requested anonymity said the National Guard members have not been visible in large contingents because they are spread along the border area that stretches more than 600 miles (1,000 kilometers) and up Mexico’s southern isthmus. They were also deployed to remote areas to target human smugglers, the official said.

The Associated Press witnessed an operation near the town of Comitán last weekend, when guard members patrolled dirt roads through jungle in the dark.

The National Guard has not reappeared on the banks of the Suchiate river across from Guatemala in Ciudad Hidalgo since early in the week. Migrants continued crossing on rafts early Friday morning. National Guard members have been spotted intermittently in southern states supporting immigration officials at highway checkpoints.

On Friday, checkpoints near Tapachula on the main highway connecting Mexico to Guatemala operated as they have been in recent weeks. Immigration officials stop public transport vans and taxis to ask passengers for their documents while the National Guard or military police look on.

While the bulk of the migrant traffic has been Central Americans, authorities find people from all over the world.

On Thursday night at a checkpoint south of Tapachula, authorities detained 10 migrants from Pakistan and 10 from India all traveling without documents.