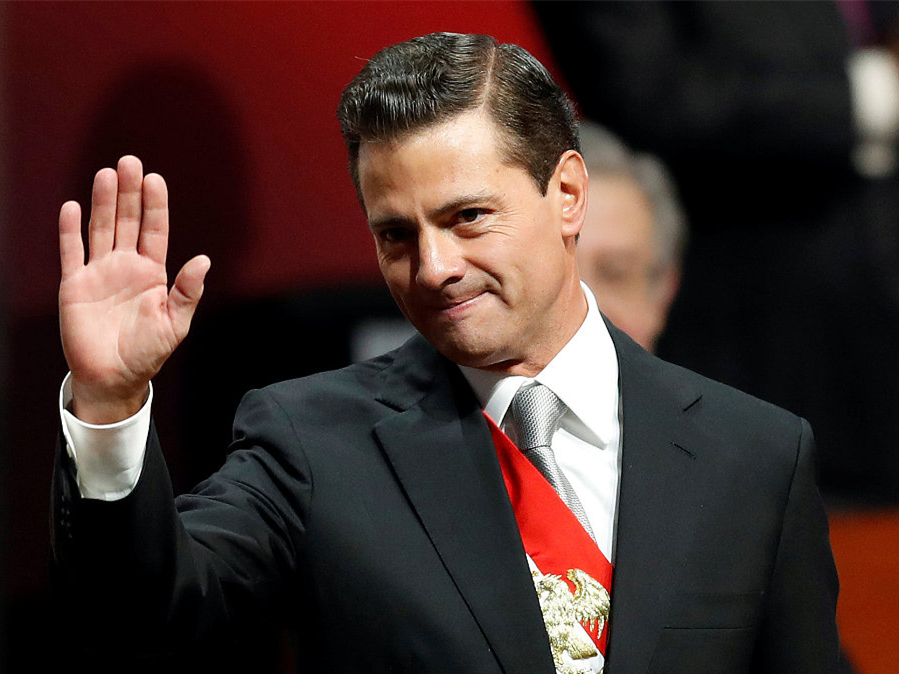 Mexico's President Enrique Pena Nieto waves as he arrives to deliver his sixth and last State of the Union address at the National Palace in Mexico City, Mexico September 3, 2018. (Photo: VCG)

Mexican President Enrique Pena Nieto said on Monday that his country will continue to push for Canada's inclusion in the North American Free Trade Agreement (NAFTA) and sustain its trilateral character.

"We are continuing to promote a trilateral agreement, convinced of the need for Canada to remain as a business partner inside the treaty," said Pena Nieto during his final government report delivered at the National Palace.

Mexico and the United States reached an agreement in principle on Aug. 27, but Canada is not included yet.

Negotiations between Canada and the United States will restart on Wednesday.

Mexico "will follow up on the bilateral negotiations between the United States and Canada," said Pena Nieto.

The Mexican president, who is due to finish his six-year term on Nov. 30, said that the principled agreement with the United States helped "dispel uncertainties generated in the last few months."

He added that the agreement also "gives certainty to the country in its most important trade relationship."

The Mexican president went on to declare that Mexico's objectives were achieved, namely, to preserve free trade, not to accept export quotas and to strengthen tools for resolving trade disputes.