Mexico warns of 'deep concern' over armed groups on US border 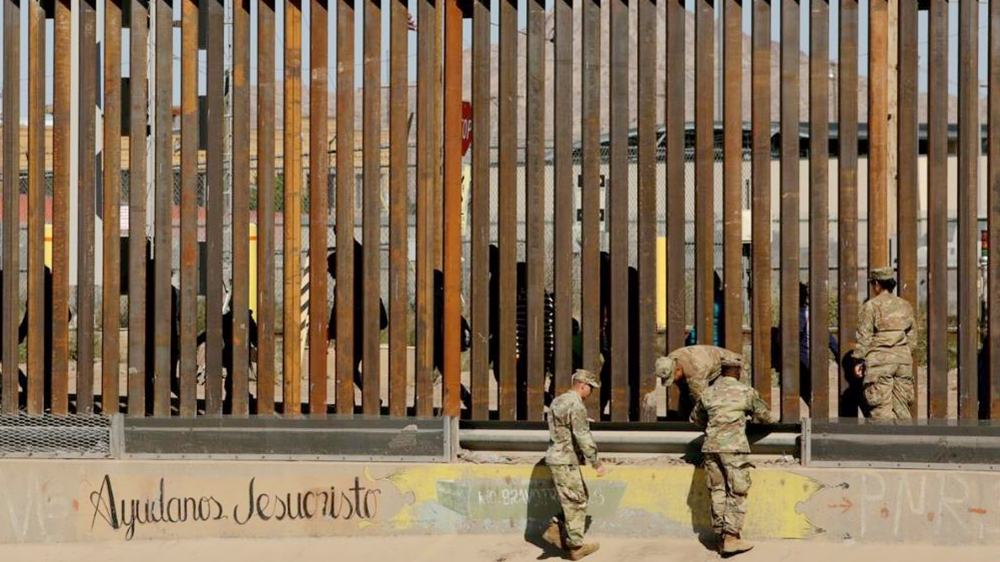 US soldiers walk next to the border fence between Mexico and the US, as migrants are seen walking behind the fence, after crossing illegally into the US to turn themselves in, in El Paso, Texas, April 3, 2019. (Photo: CGTN

Mexico said on Saturday it had "deep concern" about armed groups that intimidate and extort migrants on the border, shortly after the American Civil Liberties Union (ACLU) and Democratic senators called for a probe into such citizen efforts to block migrants from crossing.

"These types of practices can drive human rights abuses of people who migrate or request asylum or refuge in the United States," Mexico's Foreign Relations Ministry said in a statement, referring to "militia groups" in New Mexico.

It added that patrols "on the margins" of the law create risks for the safety of migrants.

On Thursday, the ACLU of New Mexico condemned the United Constitutional Patriots, which patrols the southern US border in New Mexico, as a "fascist militia organization" operating outside the law.

The small volunteer group says it is helping the Border Patrol deal with a surge in undocumented migrants at the southern border. US President Donald Trump's administration has toughened various policies and put pressure on Mexico in an attempt to discourage people from attempting to cross into the US illegally.

Along with the ACLU, New Mexico Democratic senators Martin Heinrich and Tom Udall also called for an investigation into the border group.

"Threatening innocent children and families fleeing violence and seeking asylum is unacceptable and flies in the face of our values as a state and a nation," they said in a joint statement on Twitter on Friday.