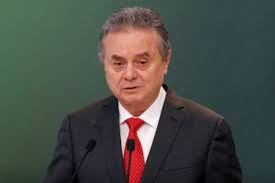 Mexican energy secretary Pedro Joaquin Coldwell said on Thursday that Mexico will not impose oil sanctions on Venezuela, adding that it is worried about the potential impact of such measures on the South American country’s population and on the Caribbean.

However, he reiterated that Mexico was taking part in a working group along with Canada and the United States to evaluate the impact of any U.S. sanctions on Venezuelan oil.

The United States is considering restricting imports of Venezuelan crude oil and exports of U.S. refined products to Venezuela, U.S. Secretary of State Rex Tillerson said on Sunday, to put pressure on socialist President Nicolas Maduro to “return to the constitution.”