International investigators said Wednesday they were issuing arrest warrants for three Russians and one Ukrainian suspect over the downing of flight MH17 in 2014. 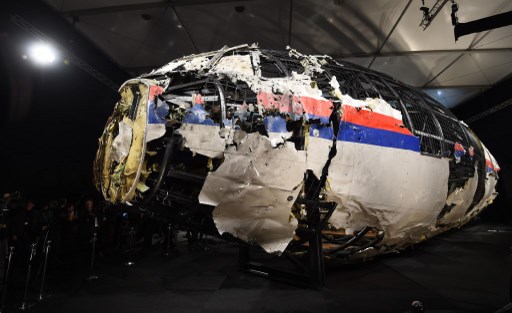 The wrecked cockipt of the Malaysia Airlines flight MH17 is presented to the press during a presentation of the final report on the cause of the its crash at the Gilze Rijen airbase October 13, 2015. (File photo: AFP)