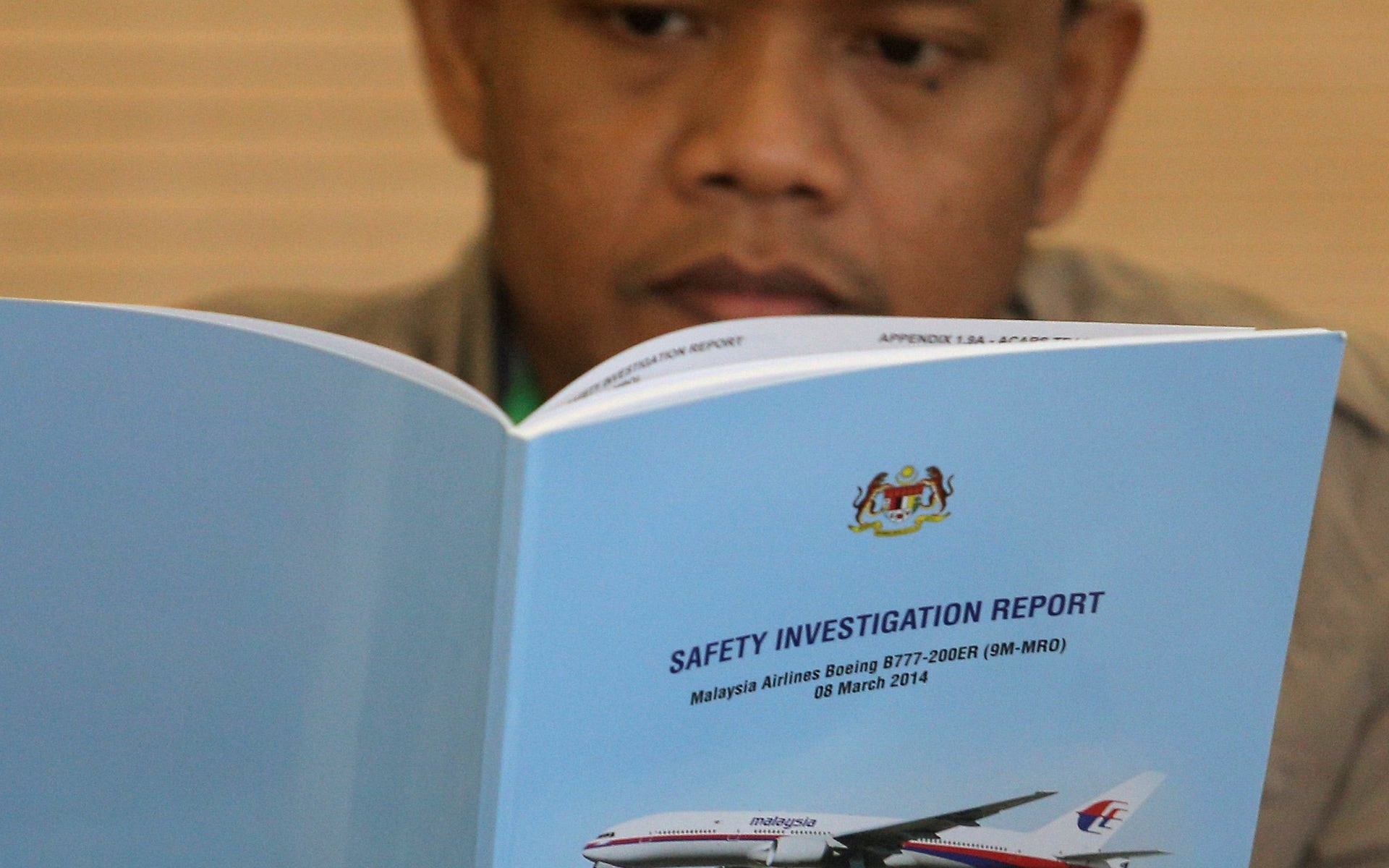 Relatives of people aboard Flight MH370 said Monday they hoped a long-awaited report into the plane's disappearance might give them answers about one of the world's most enduring aviation mysteries.

The family members were being given the official investigation team's report in the morning at the Malaysian transport ministry and were set to be briefed by officials, and it was due to be released publicly in the afternoon.

The Malaysia Airlines jet vanished in March 2014 with 239 people -- mostly from China -- on board, en route from Kuala Lumpur to Beijing.

No sign of it was found in a 120,000-square kilometre (46,000-square mile) Indian Ocean search zone and the Australian-led hunt, the largest in aviation history, was suspended in January last year.

US exploration firm Ocean Infinity resumed the hunt at the start of this year on a "no find, no fee" basis, using high-tech drones to scour the seabed. But that search was called off after failing to find anything.

Malaysia's new government, which took power in May, has pledged total transparency and says the final report by the official safety investigation team -- a 19-member body which includes international investigators -- will be released unedited.

Arriving at the transport ministry to receive the report, Nurlaila Ngah, whose husband Wan Swaid Wan Ismail was an MH370 crew member, said she was hoping for a "solid answer" about what happened that could give relatives some closure.

But Calvin Shim, whose wife was a stewardess on the flight, was sceptical the report would tell families anything new after more than four years of fruitless searching.

He said however he hoped the government would try to find new clues and consider resuming the search.

Only three confirmed fragments of MH370 have been found, all of them on western Indian Ocean shores, including a two-metre wing part known as a flaperon.

There have been a host of theories about why the plane disappeared, ranging from an accident to a hijacking or even a terror plot.