MH370 investigators to meet families of the Chinese victims in Beijing

The team of investigators of the MH370 disappearance is scheduled to meet the family members of the Chinese victims in Beijing on Friday.

China National Radio reported that Malaysia Airlines wrote to the family members to invite them to the meeting. This will be the first time that the investigation team from Malaysia has come to China. 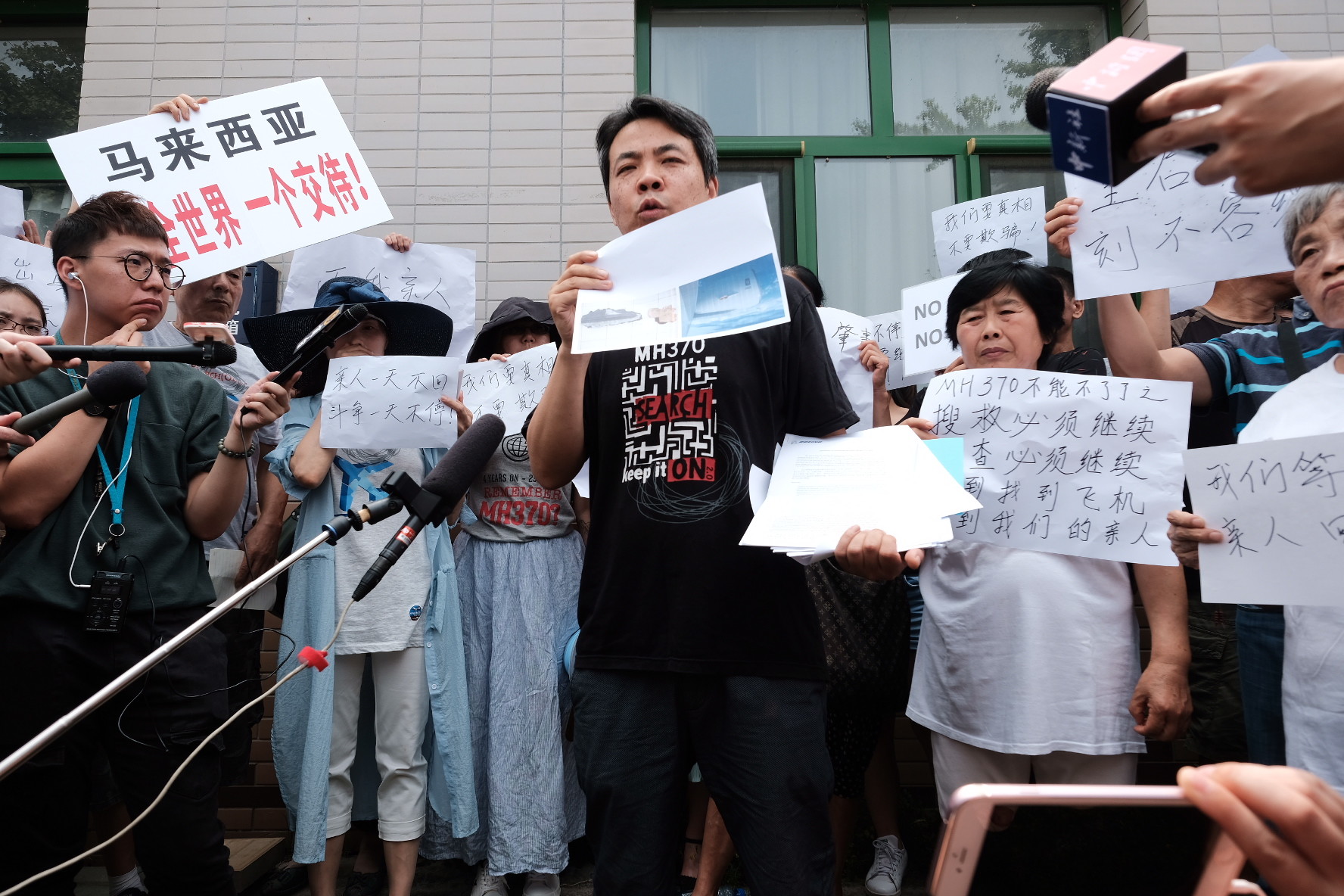 Relatives of the passengers on board missing Malaysia Airlines Flight MH370 are seen holding placards on the cordoned-off area before the press conference held by Malaysian investigators to release the Chinese version report on missing flight in Beijing, China, 3 August 2018. (Photo: IC)

The meeting comes after the release of the final investigators report from Malaysia Airlines on Monday, which failed to identify the cause of the disappearance of flight MH370.

Flight MH370 lost contact with air traffic control during a flight from Kuala Lumpur to Beijing on March 8, 2014. There were 239 people onboard, including 154 Chinese passengers.

According to the China National Radio report, family members of the Chinese victims believe that the outcome of the investigation is unacceptable, and are demanding further investigation.

Malaysia Airlines have also been asked to publish a Chinese language version of the final report, restart the provision of psychological counseling, and resolve the issue of compensation for the families of the passengers.

The Malaysian team investigating the disappearance of flight MH370 is scheduled to meet with the family members of the Chinese victims for the first time in Beijing on Friday.