Former New York City Mayor Michael Bloomberg is plunging $500 million into an effort to close all of the nation's remaining coal plants by 2030 and put the United States on track toward a 100% clean energy economy. 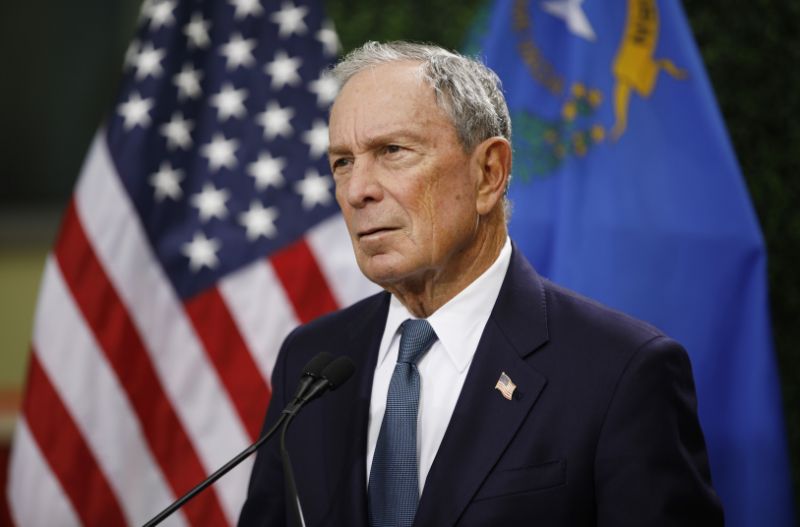 The billionaire Bloomberg's investment in the Beyond Carbon initiative marks the largest ever philanthropic effort to combat climate change, according to the mayor's foundation. The organization will bypass the federal government and instead seek to pass climate and clean energy policies, as well as back political candidates, at the state and local level.

"We're in a race against time with climate change, and yet there is virtually no hope of bold federal action on this issue for at least another two years. Mother Nature is not waiting on our political calendar, and neither can we," Bloomberg said.

Bloomberg considered but ultimately passed on seeking the 2020 Democratic presidential nomination. Instead, he vowed to point his vast wealth and political connections toward fighting climate change and defeating President Donald Trump.

Bloomberg will formally unveil the Beyond Carbon effort Friday during a commencement address at the Massachusetts Institute of Technology.

The initiative mirrors Bloomberg's work on gun control, which has focused on bolstering state and local efforts. The former mayor's financial contributions to Democratic candidates who backed stricter gun laws was also considered integral to the party's ability to retake the House in 2018.

Bloomberg's foundation has spent several years working with the Sierra Club to seek the closure of the nation's coal plants. Since 2011, about half of the 530 plants across the U.S. have been closed.