Republicans in Michigan's largest county blocked the certification of local election results in a 2-2 vote along party lines that could temporarily stall official approval of Joe Biden's win in the state.' 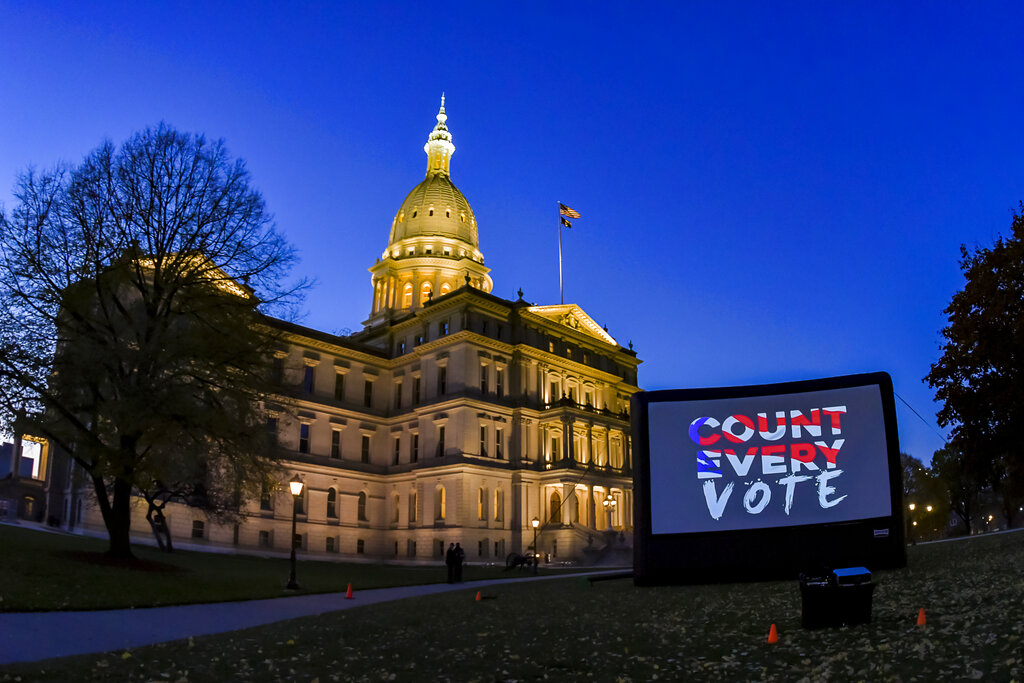 Following attempts by the Trump campaign to stop the vote count in Michigan, local civic groups projected 'Count Every Vote' on a giant screen in front of the Michigan State Capitol November 5, 2020 in Lansing, Mich. (Photo: AP)

The practical effect of the move may be a delay in ultimately certifying Biden’s win, with unofficial returns showing he's the victor by 146,000 votes. Still, the failure to certify by the Wayne County Board of Canvassers is a boost for President Donald Trump, who is grasping for ways to slow down his inevitable defeat.

It could also embolden Republicans in key states to take similar measures on the way to the Electoral College’s final vote on the presidential race on Dec. 14.

Monica Palmer, a Republican on the canvassing board, said absentee poll books in certain Detroit precincts were out of balance. But Jonathan Kinloch, a Democrat, said it was “reckless and irresponsible” to not certify the results.

“It's not based upon fraud. It's absolutely human error,” Kinloch said of any discrepancies. “Votes that are cast are tabulated."

The board met after days of unsuccessful litigation filed by Republican poll challengers and Trump allies. They claimed fraud during absentee ballot counting at a Detroit convention center, but two judges found no evidence and refused to stop the canvassing process.

Biden crushed Trump in Wayne County, a Democratic stronghold, by more than a 2-1 margin, according to unofficial results.

The Michigan Board of State Canvassers is meeting Wednesday, but statewide certification of the election is not on the agenda. That board, too, has an even number of Republicans and Democrats.

“Under Michigan law, the Board of State of Canvassers will now finish the job and I have every expectation they will certify the results when the job is done,” she said.

The Rev. Wendell Anthony, a well-known pastor and head of the Detroit branch of the NAACP, called the Republican Detroit-area canvassers a “disgrace.”

“You may have stalled it but you cannot stop it,” Anthony said on Zoom, his voice rising during a public comment period. “No matter what you do, the president of the United States will be Joseph Biden and the vice president of the United States will be for the first time in our nation’s history a black woman by the name of Kamala Harris. Put that on your ballot and cast that as a vote. Shame on you!”