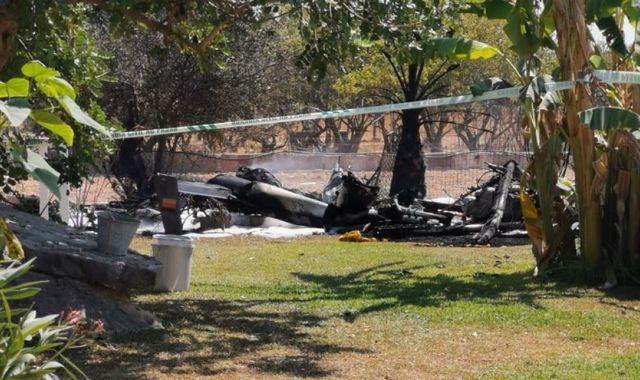 Seven people, including two children, were killed in a collision between a helicopter and a small plane in Majorca, Spain on August 25, 2019.  (Photo: Agencies)

MADRID (Xinhua) - Seven people, including a child, died Sunday afternoon as the result of a mid-air collision between a helicopter and an ultra-light aircraft in the skies above the island of Mallorca, the Regional Government of the Balearic Islands has confirmed.

The accident happened for reasons unknown shortly before 13:45 local time close to the town of Inca, which is in the center of the largest of the Spanish controlled Balearic Islands.

After the collision, the helicopter crashed in a rural area close to Inca, while the aircraft came down near a minor road.

Seven people are now confirmed to have lost their lives in the accident, with two of the victims from the aircraft and five from the helicopter.

The Spanish Civil Guards indicated that they believe the victims in the helicopter could be of German nationality.

The President of the Balearic Islands Francina Armengol expressed her "worry and emotion" over the accident, saying that "our thoughts are with the victims". Acting Spanish Prime Minister Pedro Sanchez published a tweet expressing "solidarity and affection for the families of the victims who have lost their lives in this tragic accident." Enditem