WORLD Migrant arrivals plunge in Spain after deals with Morocco

Migrant arrivals plunge in Spain after deals with Morocco 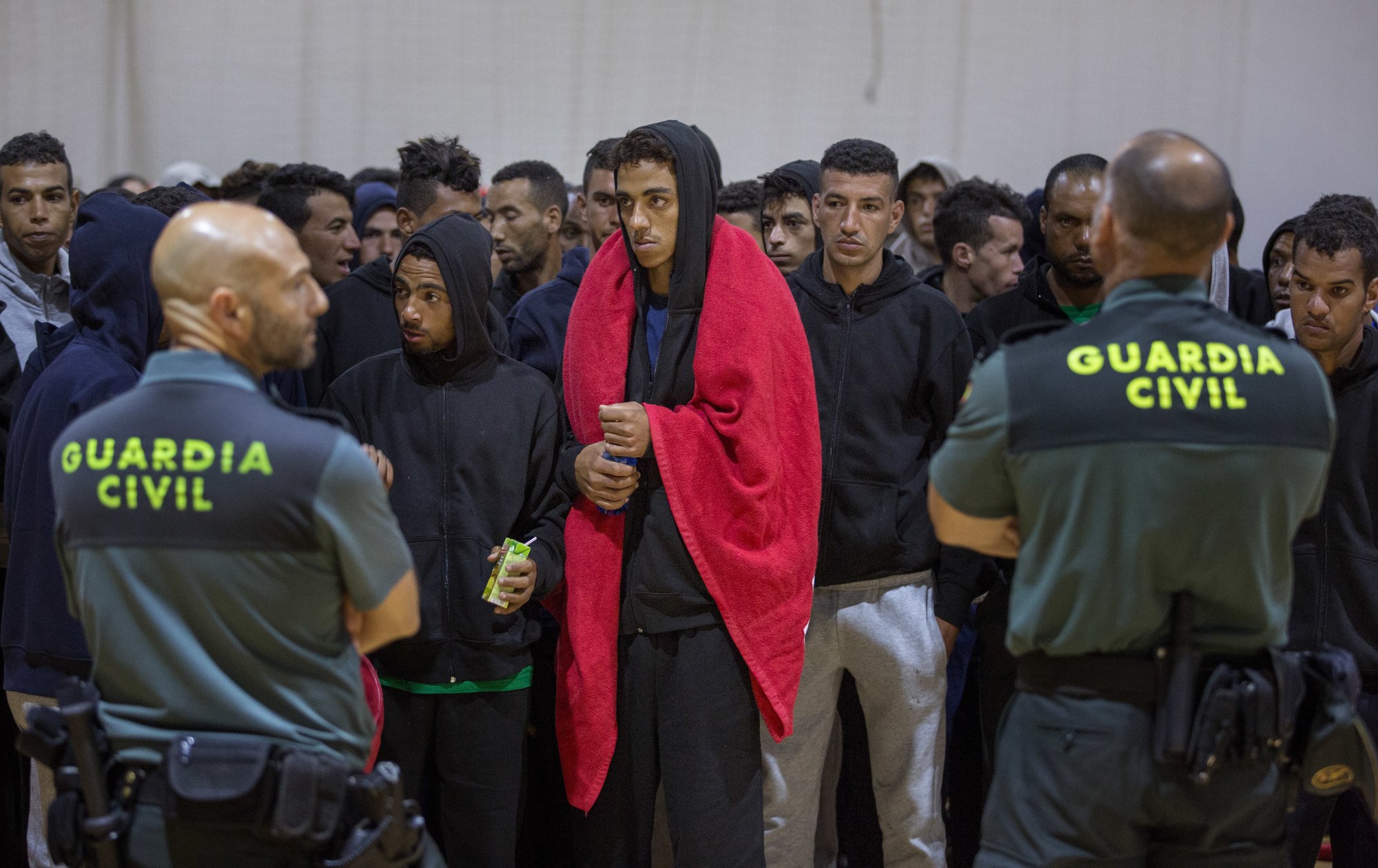 Spain appears to have stemmed a surge in illegal migration that made it Europe’s main entry point for sea arrivals, after boosting joint efforts with neighboring Morocco to clamp down on the flow.

Spain, which holds a national election Sunday, saw nearly 60,000 people reach its shores irregularly in 2018, most from Morocco and West Africa. But sea arrivals plummeted in February and since then have remained at the lowest level in two years, Spanish statistics show.

While the migrant flow often fluctuates due to weather and other factors, an internal European Union report obtained by The Associated Press suggests that intensified efforts to stop the migrants before they’re able to reach European waters are paying off.

“In the last four months, the increased cooperation between Spanish and Moroccan authorities has significantly contributed to decrease the illegal migratory flows towards Spain,” says the report, which was distributed to member nations in March.

The report doesn’t specify what Morocco did to hold back migrants or what it got in return other than “explicit recognition and support” from the Spanish government and the EU’s executive Commission in Brussels.

Alarm Phone, activists behind a hotline for migrants in distress at sea, said it believed arrivals are down “due to repressive campaigns in Morocco and political developments in Spain that affect search and rescue operations” in waters around the narrow Strait of Gibraltar that separates the two countries.

The EU office dealing with relations with neighboring countries declined to comment on the migration report but noted that the bloc has spent 232 million euros ($262 million) on migration-related projects with Morocco since 2014, mostly in border control and fighting smugglers. That includes a 140 million-euro border management package approved late last year.

In an election debate this week, Spanish Prime Minister Pedro Sánchez stressed the need to reinforce cooperation with countries of origin and transit on the migrant trail to Europe.

“It is what the government of Spain is doing with Morocco and with sub-Saharan countries,” he said.

In contrast with Italy’s hard line on migrants, Sánchez’s center-left government initially adopted a welcoming attitude, even granting safe harbor last June to a humanitarian rescue ship that was refused by Italy and Malta.

But as sea arrivals soared and Spain eclipsed Italy and Greece as the top destination for migrants entering Europe, Spain’s Socialist government quietly shifted its stance, mindful of the rise of the far-right Vox party, which in December won seats in the legislature of the southern Andalusia region. Vox is polling at over 10 percent ahead of Sunday’s national election.

Spain became reluctant to accept migrant ships from other parts of the Mediterranean and ordered the Spanish Maritime Rescue Service to stop the daily tweeting of migrant rescues off Spanish shores.

The Maritime Rescue Service declined to comment on whether it is also ceding sea rescues to Moroccan authorities, in a break with years of practice. It said only it is in a “project funded by the European Union with the goal of increasing Morocco’s capacity of search and rescue.”

However, the main union representing Spanish rescuers this week said the Maritime Rescue Service is increasingly instructed to wait and let the Moroccan Coast Guard assist migrant ships in distress, even though it “has few means and limited experience regarding rescuing human lives at sea.”

In March, 45 people died as their sinking dinghy waited to be rescued by the Moroccan authorities, 24 hours after the first distress call had been received by Spain. Moroccan vessels have a history of opening fire in attempts to intercept migrant boats, which last year resulted in the death of a 19-year-old woman.

Moroccan authorities did not respond to repeated requests for comment.

Overall, the migrant flow to Europe has fallen sharply since 2015, when as many as 1 million entered the continent, mainly from Turkey to Greece. Border control deals struck with Turkey and later with Libya brought down the migrant influx considerably.

But traffic on the Western Mediterranean route increased, peaking in October last year with 11,000 sea arrivals in Spain. While numbers typically fall during the winter, they remained relatively high through January when 4,104 people reached Spain, but dropped 77 percent drop to just 936 in February. The number fell further in March to 588, according to figures compiled by the International Organization for Migration.

In a written response to AP, Spain’s Interior Ministry said “satisfactory cooperation” with Morocco was behind the drop in arrivals, adding it had donated 75 vehicles for Moroccan authorities to use in border control.

The ministry also acknowledged that Spain has acted as an advocate for Moroccan interests in the EU, calling them “fair and fundamental to maintain security and coexistence in the Mediterranean Sea.”

Morocco and the EU recently agreed on a revised agriculture deal extending the kingdom’s access to the European market and a controversial fisheries agreement involving disputed waters off the Western Sahara region. The deals were backed by the European Parliament in January and February.

Spanish King Felipe VI also visited Morocco in February, signing 11 bilateral agreements, including one that reinforced the collaboration between Spain and Morocco to fight terrorism, human trafficking and illegal migration.