Migrant camps overflow as Mexico cracks down after Trump threats 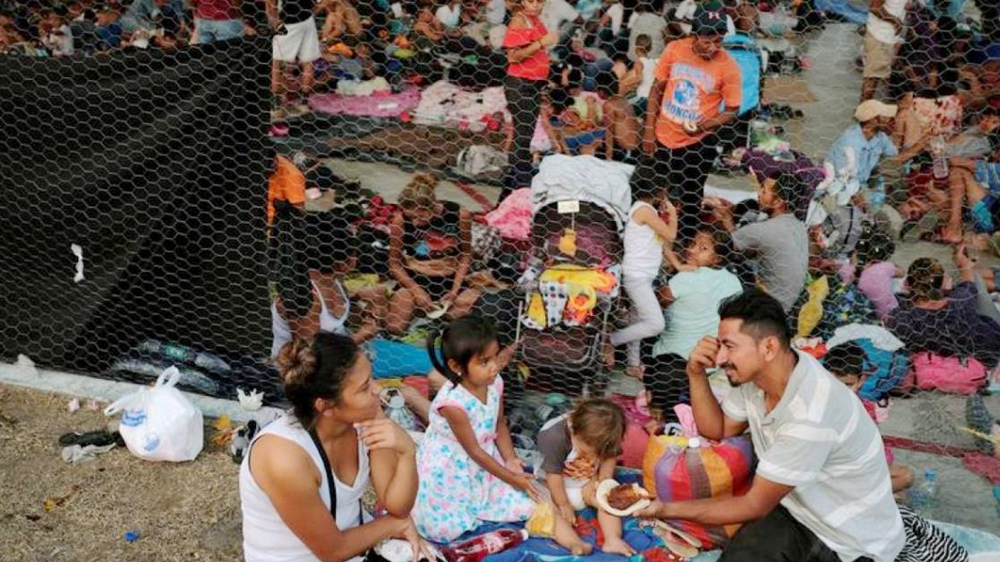 Amid pressure from Washington, Mexico is backpedaling on promises of better treatment for Central American migrants, leaving hundreds stranded in unsanitary camps near its southern border and allegations of irregular detentions.

However, caught off guard by a surge in arrivals, Lopez Obrador's administration is resorting to old tactics based on tough law enforcement.

Mexico has halted the liberal visa policy and ramped up detentions of migrants heading north, government data shows, following criticism from U.S. President Donald Trump of a jump in the number of Central American asylum seekers reaching the U.S. border in February.

Trump, who is expected to make border security central to his 2020 re-election bid, has vowed to limit trade with Mexico if it does not help slow immigration.While Lopez Obrador's government has said it will not react to "threats," sources familiar with Mexican policy, who asked not to be identified, said near-daily U.S. government pressure had led the interior and foreign ministries in Mexico to push the National Migration Institute (INM) for tougher action.

The INM detained 12,746 undocumented migrants for registration in March, up by nearly one-third from February and two-thirds from January, according to unreleased data from the agency. 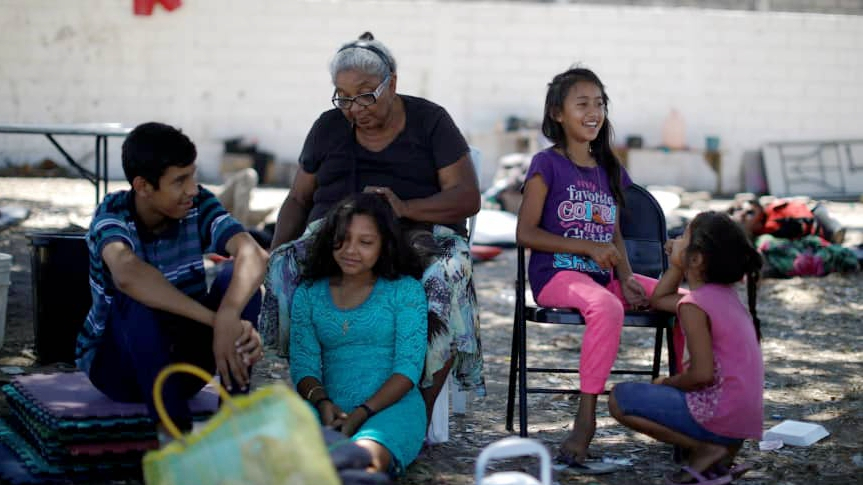 A family from Honduras eats in an improvised shelter during a break in their journey towards the US, in Huixtla, April 16, 2019. (Photo: CGTN)

The agency also stopped processing new applications for humanitarian visas on January 28, after issuing some 13,000 - mostly to Central Americans arriving that month in the southern border state of Chiapas, the site of most migrant arrivals.

In Chiapas, the INM's decision to close its main office in the border city of Tapachula a month ago has forced hundreds of migrants to travel 65 miles (105 km) north to the smaller town of Mapastepec, where they have languished in sweltering temperatures, hoping for humanitarian visas.

"It's madness that they're making us wait so long. For what? For nothing!" said Daisy Maldonado, a 26-year-old from Honduras, camping in a field in Mapastepec opposite a sports stadium.

It's said that hundreds of bedraggled men, women and children have been sheltering for nearly three weeks inside the stadium, as migration officials registered their identities while neglecting the group camped over the road.

Without water, medical help or government attention, Maldonado's group was dependent on scant handouts from locals, they said. Maldonado's daughter, Marisol, 5-years-old, wailed with hunger beside her, in a bivouac she had built from dried palm branches.

INM Commissioner Tonatiuh Guillén López said that his agency was taking a "stricter" approach in southern Mexico because of the influx of migrants in Chiapas. However, he denied that was a response to US pressure and said Mexico was pressing ahead with more humane migration policies.