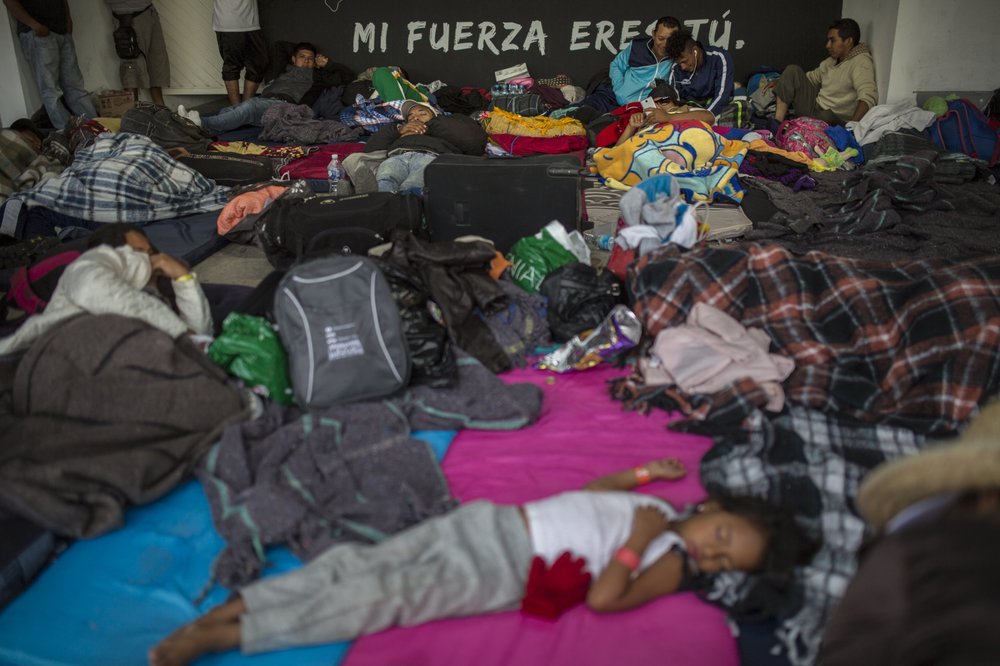 Local Mexican officials were once again Sunday helping thousands of Central American migrants find rides on the next leg of their journey toward the US border.

At a toll plaza to the west of the central Mexico city of Queretaro, where the group spent Saturday night, police helped find trucks to take migrants and prevented them from trying to stop drivers themselves.

The government of Queretaro said via Twitter that 6,531 migrants had moved through the state between Friday and Saturday. It said that 5,771 of those were departing Sunday morning after staying in three shelters it had prepared, the largest of which was a soccer stadium in the state capital.

Those numbers appeared even higher than counts made by officials when the group was in Mexico City for several days, raising the possibility that other migrants have caught up to the main caravan.

The migrants began walking before dawn Sunday for Irapuato about 62 miles (100 kilometers) to the west after crossing into Guanajuato state, where local authorities also assisted them.

A day earlier a similar scene played out as the caravan exited Mexico City. Dedicated metro trains moved migrants across the capital before dawn and at a toll plaza north of the city they formed orderly lines to wait for their turn to climb aboard passing 18-wheelers that were willing to help them cover the 124 miles (200 kilometers) to Queretaro.

Emilson Manuel Figueroa managed a seat on the back of a flatbed truck packed with other migrants.

“I think that in my country I will get old and will never have something to live on,” said the 23-year-old cab driver from Honduras.

The migrants appear to be on a path to Tijuana across the border from San Diego, which is still some 1,600 miles (2,575 kilometers) away.

The caravan became a campaign issue in U.S. midterm elections and U.S. President Donald Trump has ordered the deployment of over 5,000 military troops to the border to fend off the migrants. Trump has also insinuated without proof that there are criminals or even terrorists in the group.

Many migrants say they are fleeing rampant poverty, gang violence and political instability primarily in the Central American countries of Honduras, Guatemala, El Salvador and Nicaragua, and they have now been on the road for weeks.

Mexico has offered refuge, asylum or work visas to the migrants, and its government said 2,697 temporary visas had been issued to individuals and families to cover them while they wait for the 45-day application process for a more permanent status.

But most vowed to continue to the United States.

″(In the US) we can earn more and give something to our family, but there (in Honduras) even when we want to give something to our children, we can’t because the little we earn it’s just for food, to pay the house and the light, nothing else,” said Nubia Morazan, 28, of Honduras as she prepared to set out Sunday with her husband and two children.