Migrant father charged with son's death on journey to Greece

On a pine-covered hill above the sparkling blue Aegean lies a boy’s grave, a teddy bear leaning against the white marble tombstone. His first boat ride was his last — the sea claimed him before his sixth birthday. 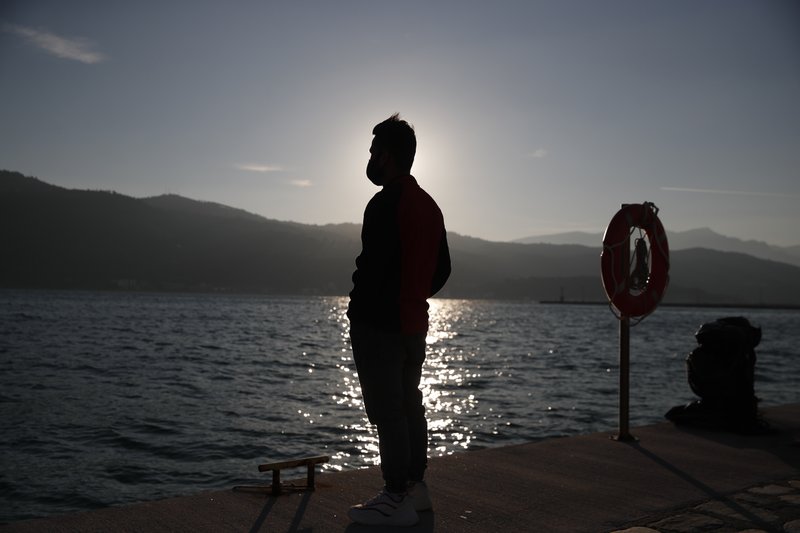 An Afghan father stands at the port of Vathy on the eastern Aegean island of Samos, Greece, Monday, Feb. 22, 2021. (Photo: AP)

The Afghan child with a tuft of spiky hair stares out of a photo on his gravestone, a hint of a smile on his lips. “He drowned in a shipwreck,” the inscription reads. “It wasn’t the sea, it wasn’t the wind, it is the policies and fear.”

Those migration policies are now being called into question in the case of the boy’s 25-year-old father, who is grieving the loss of his only child. Already devastated, the father has found himself charged with child endangerment for taking his son on the perilous journey from Turkey to the nearby Greek island of Samos. If convicted, he faces up to 10 years in prison.

The charges are a stark departure from Greece’s previous treatment of migrant shipwreck survivors. This is believed to be the first time in the European Union that a surviving parent faces criminal prosecution for the death of their child in the pursuit of a better life in Europe.

The father’s hopes were dashed on a cold November night against the rocks of Samos, a picturesque island that also houses Greece’s most overcrowded refugee camp.

“Without him I don’t know how to live,” the young man said, his soft voice breaking as a tear rolled down his cheek. “He is the only one I had in my life. All my hopes were him.”

Now, he says, he often thinks of killing himself. He no longer mentions the child’s name. The father agreed speak to The Associated Press on condition he only be identified by his initials, N.A., and that his son wouldn’t be named.

It is not entirely clear why Greek authorities took the extreme step of charging this man when so many others have been in his place. Activists suspect the move indicates a hardening of Greece’s already restrictive migration policies, or suggest it could be an attempt to divert attention from possible negligence by the coast guard.

But Migration Minister Notis Mitarachi rejected the idea that the case heralded a change in policy.

“If there is the loss of human life, it must be investigated whether some people, through negligence or deliberately, acted outside the limits of the law,” Mitarachi said, adding that each incident is treated according to its circumstances.

He noted that the lives of asylum-seekers aren’t in danger in Turkey, a country the EU has deemed safe.