Migrants break through border gate in Guatemala to enter Mexico

More than a hundred Central American migrants have forced their way through a customs gate at the Guatemalan border town of Tecun Uman to request passage into Mexico on Sunday afternoon(local time). 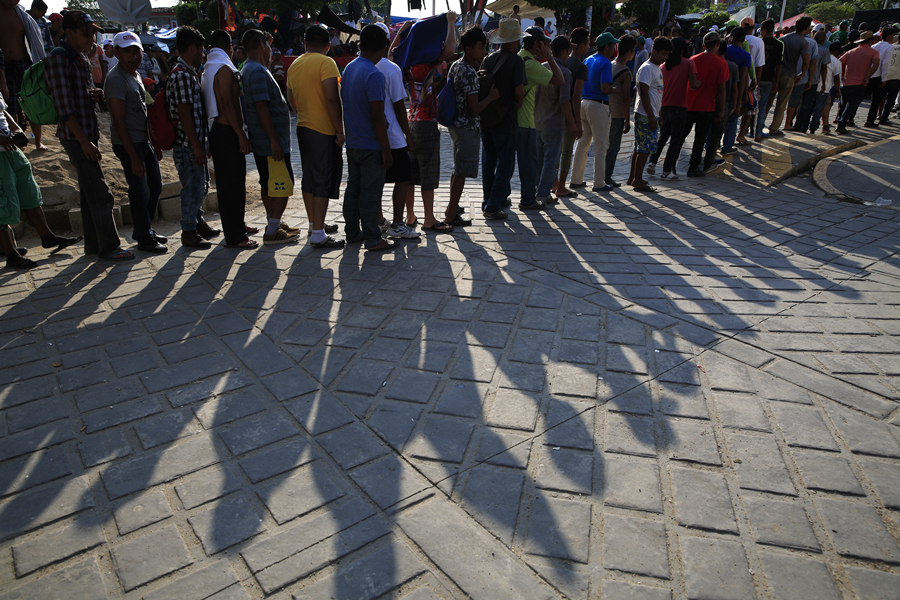 A Mexican official said Sunday that the group is seeking entry via Ciudad Hidalgo, Mexico.

Video from the Guatemalan newspaper Prensa Libre showed men arguing with Mexican immigration officials through the metal bars of a gate separating the two countries.

Mexican immigration officials in the video urge the men to bring families to the front of the line and present their requests for transit in an orderly manner.

Cesar Quinonez is a volunteer firefighter in Tecun Uman and he told The Associated Press by phone that several Guatemalan police officers and migrants were injured as the group kicked and pushed its way through the gate on the Guatemalan side of the border. He says several people received medical treatment for exposure to tear gas fired by police.

A larger group of thousands of Central American migrants has been winding its way through southern Mexico with the goal of reaching the U.S. border. Mexico has offered them asylum if they remain in the southern states of Chiapas and Oaxaca.