WORLD Migrants complain of poor conditions at US holding centers

Migrants complain of poor conditions at US holding centers 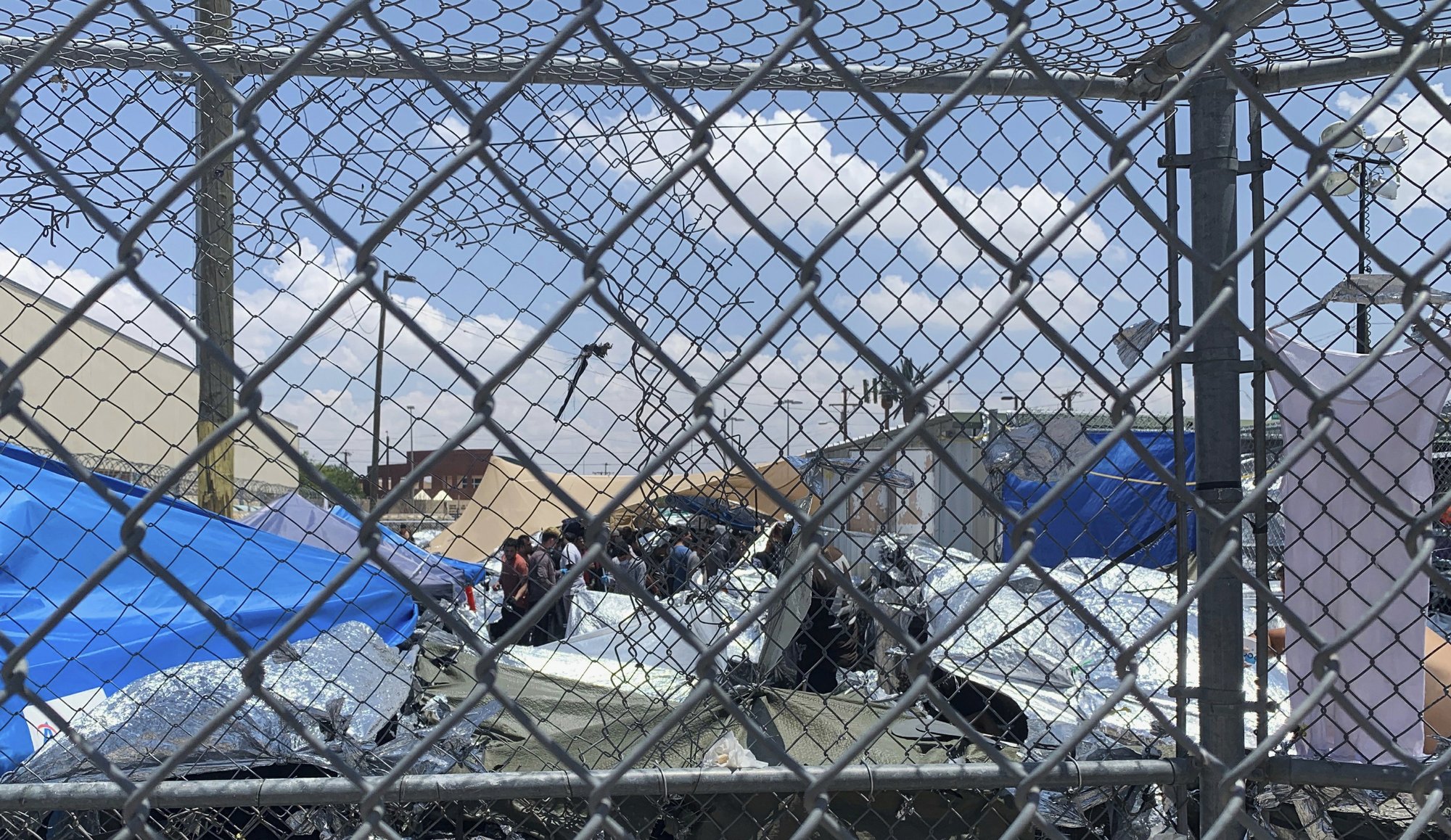 The Trump administration is facing growing complaints from migrants about severe overcrowding, meager food and other hardships at border holding centers, with some people at an encampment in El Paso being forced to sleep on the bare ground during dust storms.

The Border Network for Human Rights issued a report Friday based on dozens of testimonials of immigrants over the past month and a half, providing a snapshot of cramped conditions and prolonged stays in detention amid a record surge of migrant families coming into the US from Central America.

The report comes a day after an advocate described finding a teenage mother cradling a premature baby inside a Border Patrol processing center in Texas. The advocate said the baby should have been in a hospital, not a facility where adults are kept in large fenced-in sections that critics describe as cages.

“The state of human rights in the US-Mexico borderlands is grave and is only getting worse,” the immigrant rights group said in its report. “People are dying because of what is happening.”

Five immigrant children have died since late last year after being detained by the Border Patrol, including a flu-stricken teenager who was found dead in a facility migrants refer to as the “icebox” because of the temperatures inside.

Customs and Border Protection responded to the complaints by saying: “Allegations are not facts. If there is an issue it is best to contact CBP directly. In many cases the matter can be resolved immediately.”

The agency also cited its response to a critical inspector general’s report last month, in which it said the government is devoted to treating migrants in its custody “with the utmost dignity and respect.”

The Trump administration has blamed the worsening crisis on inaction by Congress.

Many of the complaints center on El Paso, where the inspector general found severe overcrowding inside a processing center. A cell designed for a dozen people was crammed with 76, and migrants had to stand on the toilets.

With indoor facilities overcrowded, the Border Patrol has kept some immigrants outside and in tents near a bridge in El Paso with nothing but a Mylar foil blanket. Others have been kept in an empty parking lot, where migrants huddled underneath tarps and foil blankets repurposed as shade covers against the sweltering heat.

A professor who visited two weeks ago said it resembled a “human dog pound.” The Border Patrol responded by adding additional shade structures, but migrants are still kept outside in temperatures approaching 100 degrees.

Migrants in El Paso and elsewhere also complained of inadequate food such as a single burrito and a cup of water per day. Women said they were denied feminine hygiene products.

Another complaint is that migrants are kept in detention beyond the 72-hour limit set by Customs and Border Protection. Some reported being held for 30 days or more, and one told The Associated Press she had been in detention for around 45 days.

The teenage mother with the premature baby, for example, spent nine days in Border Patrol custody after crossing the Rio Grande with her newborn, according to a legal advocate who visited the girl in a McAllen, Texas, processing center.

An exodus of people fleeing poverty, drought and violence in Guatemala, Honduras and El Salvador has led to a record number of migrant families being apprehended at the US-Mexico border in recent months. Agents made 132,887 apprehensions in May, including a record 84,542 adults and children traveling together. Those apprehended also included 11,507 children traveling alone.

President Donald Trump’s $4.5 billion border request for things such as an expansion of detention, medical care, food and shelter has languished on Capitol Hill since he sent it over six weeks ago, with House Democrats at odds with the White House. Congress is set to go on a break in two weeks.

“In the first five months of this year, the number of apprehensions at the border has already exceeded the population of Atlanta, Georgia,” said Republican Rep. Kay Granger of Texas.