Around 1,000 migrants seeking refugee status marched on Monday towards the Mexican capital, as the government faced a call by the United Nations to process the requests quickly. 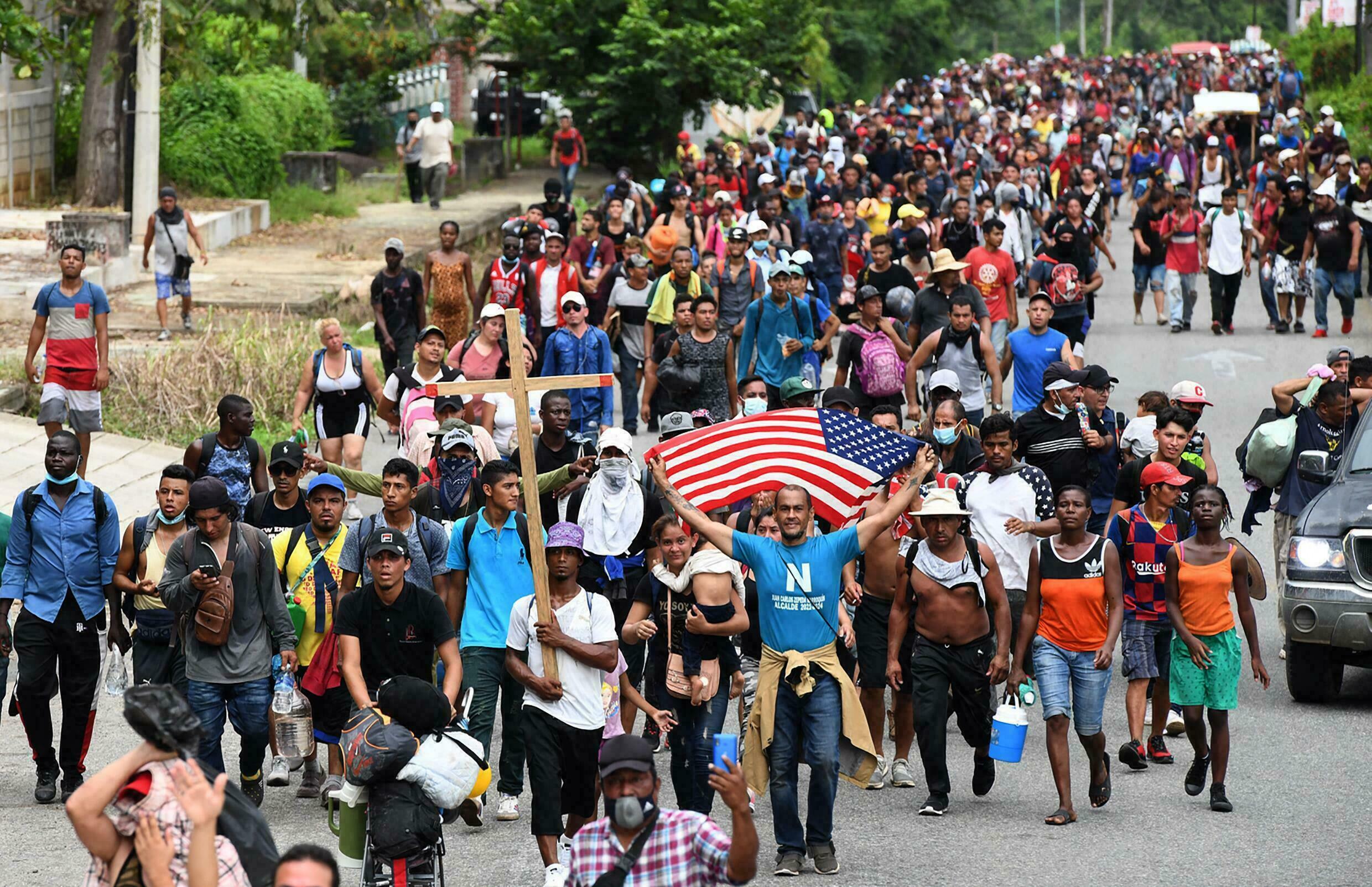 The caravan, including foreigners from at least eight countries, set off from the southern city of Tapachula on Saturday demanding "justice, dignity and freedom."

The group was traveling on foot on highways in Chiapas state under the watch of immigration and National Guard personnel, an AFP reporter saw.

"My country, society, is in decline. I don't want my daughter to grow up with that," said 23-year-old Ecuadorian Ismael Gualapuro, who hopes to reach the United States with his wife and two-year-old.

The family spent two months in Tapachula, where the migration authorities and Mexico's refugee commission told them that they could not help "because there are too many people," he said.

When the protest march was announced the family was contacted by the authorities with an offer of an appointment, but not until next March, Gualapuro said.

Asked about the caravan, UN spokesman Stephane Dujarric said Monday it was "important that migrants be treated with respect and dignity," and that requests for refugee status "be treated quickly."

Tens of thousands of US-bound migrants, mostly Central Americans and Haitians, have arrived in Mexico in recent months fleeing poverty and violence.

Mexico has expelled 54,000 migrants so far in 2021, according to New York-based Human Rights Watch.