WORLD Migrants march toward US border in show of force

Migrants march toward US border in show of force 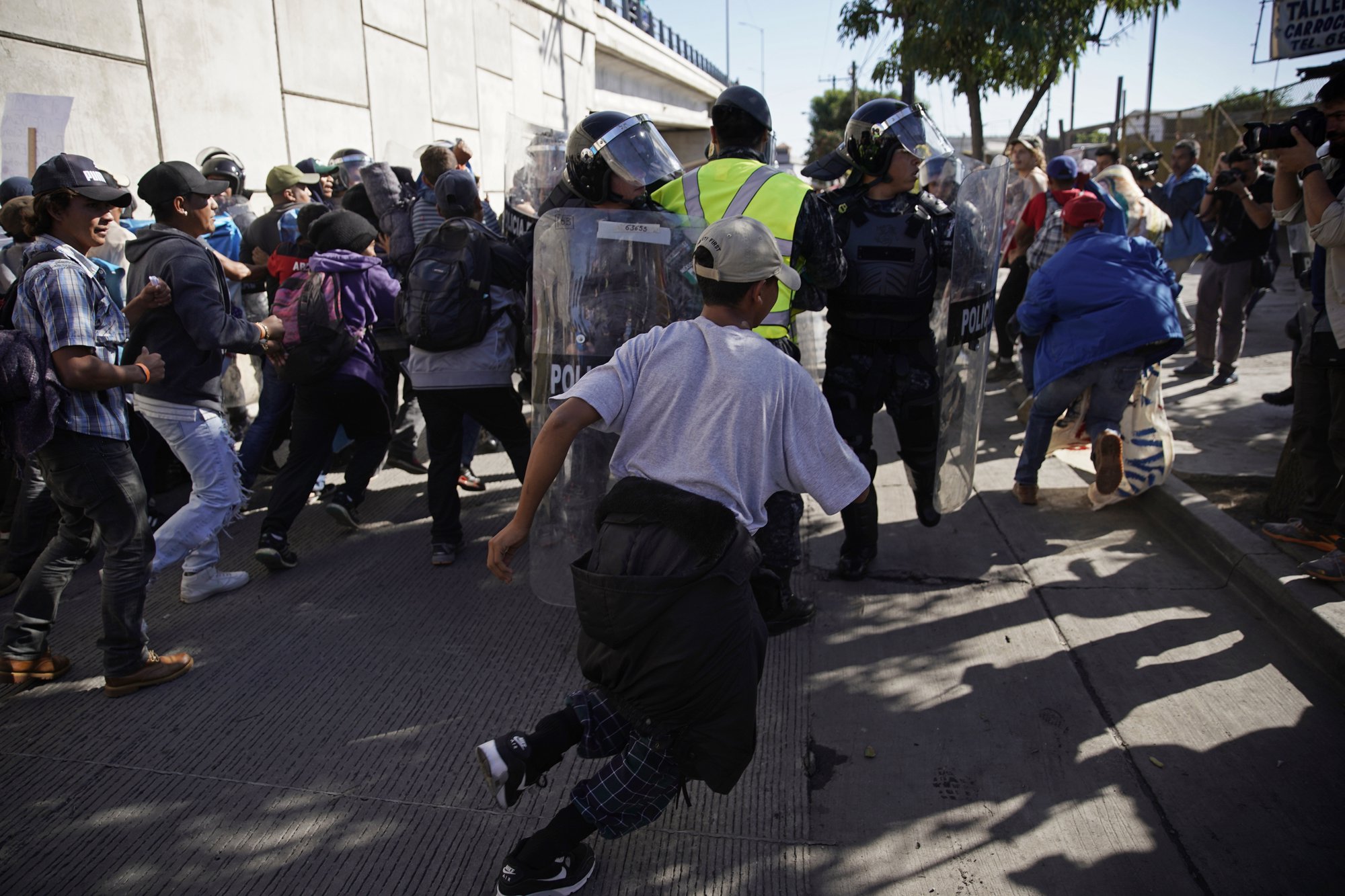 Migrants break past a line of police as they run toward the Chaparral border crossing in Tijuana, Mexico, Sunday, Nov. 25, 2018. (Photo: AP)

Several hundred Central American migrants on Sunday pushed past a blockade of Mexican police standing guard near the international border crossing between Tijuana and California to pressure the US to hear their asylum claims.

The migrants carried hand-painted American and Honduran flags and chanted: “We are not criminals! We are international workers!” The group mostly consisted of men, although some women pushed small children ahead in strollers.

US Border Patrol helicopters flew overhead, while US agents held vigil on foot beyond the wire fence in California. The Border Patrol office in San Diego said via Twitter that pedestrian crossings have been suspended at the San Ysidro port of entry at both the East and West facilities.

More than 5,000 migrants have been camped in and around a sports complex in Tijuana after making their way through Mexico in recent weeks via caravan. Many hope to apply for asylum in the US, but agents at the San Ysidro entry point are processing fewer than 100 asylum petitions a day.

Some of the migrants who went forward Sunday called on each other to remain peaceful.

They appeared to easily pass through the Mexican police blockade without using violence.

A second line of Mexican police carrying plastic riot shields stood guard outside a Mexican customs and immigration plaza, where the migrants were headed.

That line of police installed tall steel panels behind them outside the Chaparral crossing on the Mexican side of the border, which completely blocked incoming traffic lanes to Mexico.

Irineo Mujica, who has accompanied the migrants for weeks as part of the aid group Pueblo Sin Fronteras, said the aim of Sunday’s march toward the US border was to make the migrants’ plight more visible to the governments of Mexico and the US.

“We can’t have all these people here,” Mujica told The Associated Press.

Tijuana Mayor Juan Manuel Gastlum on Friday declared a humanitarian crisis in his border city of 1.6 million, which he says is struggling to accommodate the crush of migrants.