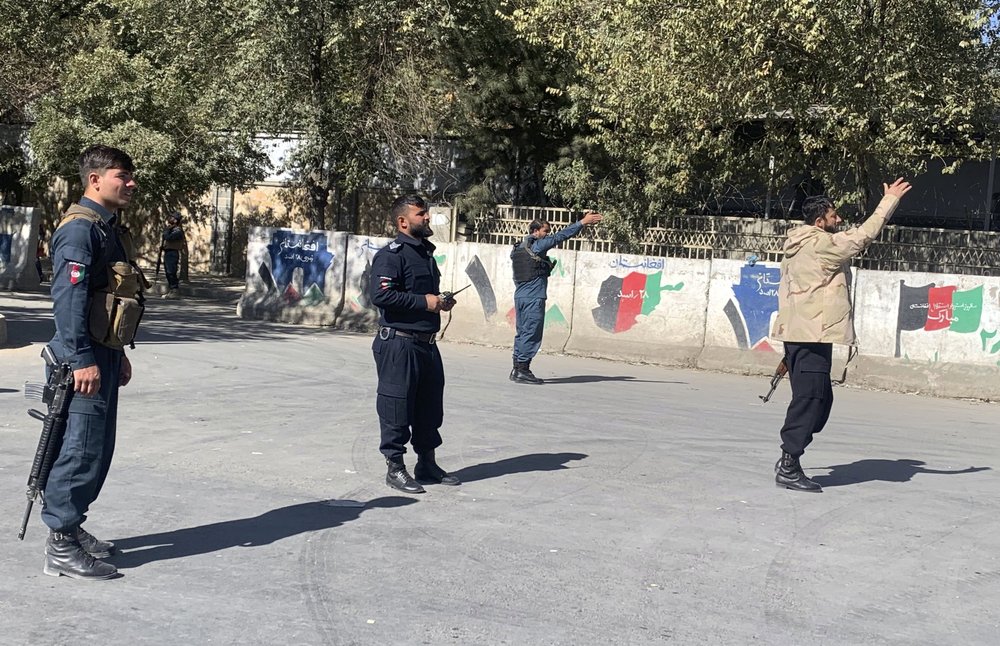 Afghan police arrive at the site of an attack at Kabul University in Kabul, Afghanistan, Monday, Nov. 2, 2020. Gunfire erupted at the university in the Afghan capital early Monday and police have surrounded the sprawling campus, authorities said. (AP Photo/Rahmat Gul)

In talks with Xinhua, Arian confirmed that 19 persons were killed due to the militants' attack and 22 others injured. However, he didn't identify the victims, saying an investigation is underway to determine the victims' identity if they were students.

However, he blamed the Taliban group for the attack, claiming the Taliban outfit is "behind the crime."

In the meantime, locals at the site believed that the number of casualties could be higher than reported.

Militants' attack in the shape of roadside bombing claimed the lives of seven persons, all civilians in the southern Helmand province on Monday, provincial governor Mohammad Yasin Khan told reporters.

According to the governor, a mine planted by Taliban militants on a road in Bolan area outside Helmand provincial capital Lashkar Gah struck a mini-bus Monday morning, killing seven people including women and children.

Similarly, a car bomb went off next to a security base in Zarmat district of eastern Paktia province in the wee hours of Monday, killing two security personnel and wounding two others, provincial police chief Lutfullah Kamran said.

In the meantime, a spokesman for Defense Ministry, Fawad Aman told local media on Monday evening that the Taliban outfit has launched attacks on 27 out of the country's 34 provinces over the past 24 hours to gain more ground amid the peace talks in Doha, but all the attacks have been beaten back.