Military men on the threshold of taking power again in Brazil

More than three decades after the end of military dictatorship, army men look to be on the threshold of returning to power in Brazil, this time through elections in a crime-ridden country whose official motto is "Order and Progress." 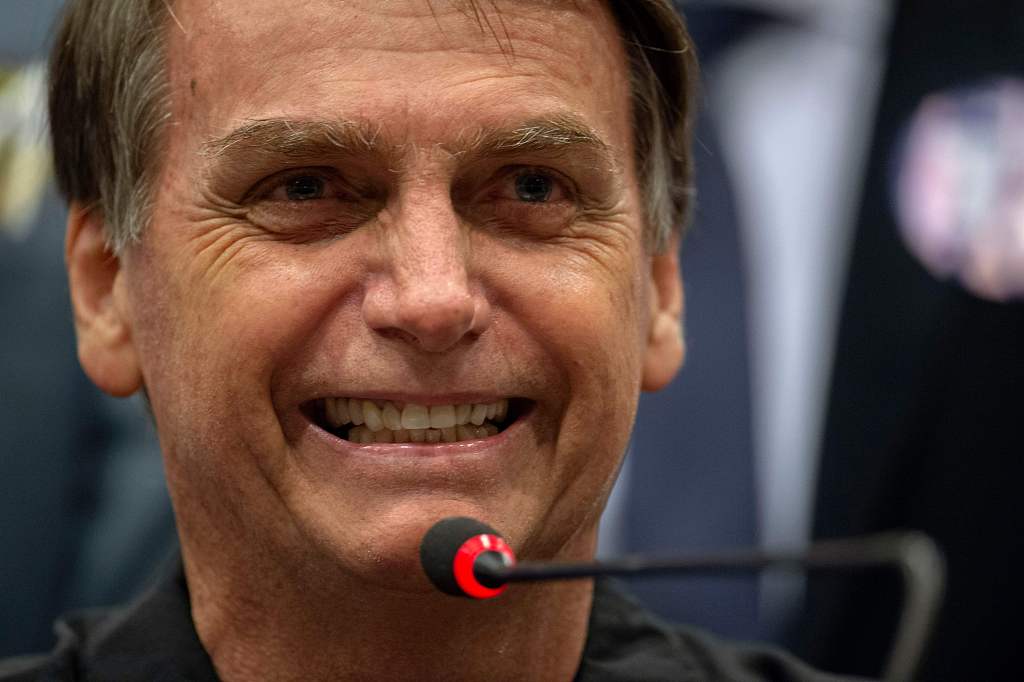 The comfortable favorite in an October 28 presidential run-off is Jair Bolsonaro, a former army captain who has chosen a newly retired general, Hamilton Mourao, as his vice president if he wins.

At least four others with military backgrounds are tipped to enter government under a president Bolsonaro.

The 63-year-old candidate has vowed to rule "with authority, but without authoritarianism" -- though his nostalgic talk of the 1964-1985 dictatorship he served, his promises to arm "good" citizens, and his talk in favor of torture have chilled many voters.

In Brazil, a 1979 amnesty gave immunity to those responsible for the 434 murders and the torture of thousands during the dictatorship, counted by a national truth commission. A declassified CIA report revealed that the elimination of opponents was ordered at the highest levels of the government at the time.

In many democracies, evoking such brutal rule positively in a campaign would be anathema. But in Brazil today, with more than 62,000 murders annually and a constant fear of armed robberies, the law and order evoked by past military times has lent it support among younger voters.

"These young people were born in a democracy and have a diffuse view of what happened."

In an October 7 general election, 35 members of congress -- 31 deputies and four senators -- with army or police careers were elected. In the last parliament there were just 18.

According to the Ibope survey firm, the institutions in which Brazilians had most confidence were the fire service, churches, the federal police, and the military. Those least trusted were the government, the congress, political parties and the president.

In May, a reserve general tipped to be Bolsonaro's defense minister, Augusto Heleno, told the Folha de Sao Paulo newspaper that the military was "vaccinated" against the temptation of staging a coup, though he was "flattered" by the show of trust shown by a large part of the population.

Bolsonaro and his campaign say that, three decades after the end of the Cold War, the enemy now isn't just Communism, but also corruption, crime -- and "gender identity ideology."

Bolsonaro has proposed creating schools run by the military to fight against the "indoctrination" of children. His probable choice as transport minister, reserve general Oswaldo Ferreira, hailed the "clear rules," the "discipline" and the "hierarchy" that characterize the life in military barracks.

The military already made some inroads into government under outgoing President Michel Temer, who placed Rio's security in their hands and named a former general as defense minister.

For Nelson During, head of the specialist military-watching website Defesanet, the tilt back toward seeing military men in positions of power is due to corruption that has ravaged the main political parties.

"By marring all the political class, (the probe) undermined the representative system. Not only in the eyes of the military, but also the general population, on the left and the right," he said.

But the idea of the military itself being a corruption-free body does not necessarily hold. A recent publication of a 1984 US embassy cable mentioned the existence of investigations into embezzling of public money.

As for the supposed economic "miracle" Brazil went through in the 1970s, often raised by those fond of the dictatorship, historians Lilia Schwarcz and Heloisa Starling said in their book, "Brazil: a Biography," that not everything was a success.

A road cut through the Amazon, for instance, "massacred the forest, gobbled up millions of dollars and even today parts of it are impassable," they wrote.