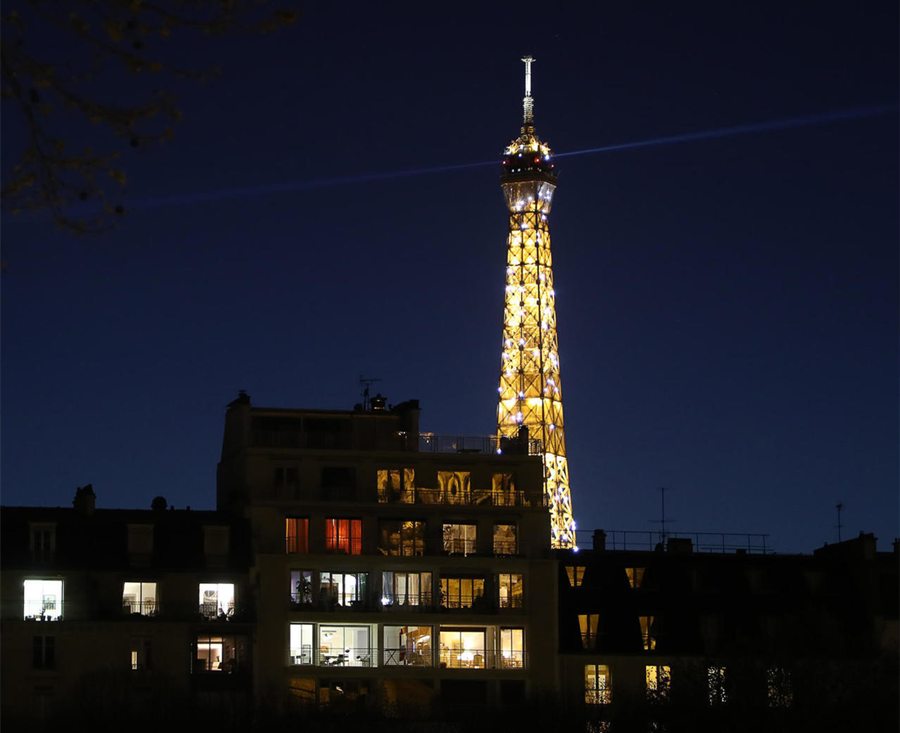 Paris and other French cities readied for their last night out Friday before the start of a stringent anti-virus curfew, in contrast to neighbouring Germany where a Berlin court overturned nighttime restrictions.

Across Europe, governments were frantically trying to ease an alarming second wave of coronavirus cases while avoiding a full-on national lockdown that would batter their struggling economies still further.

Millions in England including London were just hours away from stricter restrictions, including a ban on household mixing, while bars and restaurants closed in Spain's northeastern region of Catalonia.

In Greece, the densely populated northern area of Kozani went into a new lockdown.

In the medical world, hopes for one of the most promising Covid-19 treatments, the antiviral drug remdesivir, were dashed when a study backed by the World Health Organization found it does little to prevent deaths from the disease.

The epidemic also further disrupted the corridors of power, with Finnish Prime Minister Sanna Marin the latest politician forced to self-isolate after coming into contact with someone who tested positive for Covid-19.

But among the gloomy news in an epidemic that has killed close to 1.1 million worldwide and infected nearly 39 million, some rays of light emerged for nature- and sport-lovers.

Rare pink dolphins were found to be returning to the waters between Hong Kong and Macau after the pandemic halted ferries, while Wimbledon organisers said the Grand Slam tournament would go ahead next year, even if behind closed doors.

In France, the curfew affecting some 20 million people in Paris and eight other cities was due to start at midnight, and then come into force properly from 9:00 pm to 6:00 am on Saturday.

While it has broad public support, officials are worried about the heavy social and economic costs of a measure set to last at least a month.

In many European countries, infection controls have led to a backlash from defiant local authorities and businesses desperate to make ends meet.

She said residents were paying the price "by the loss of their daily pleasures, their freedom, or through economic hardship, because the bar and restaurant industry is being hit extremely hard."

Similar unease was felt in England where London and seven other areas were facing new restrictions from Saturday.

In northwest England, particularly Manchester, where the number of positive cases is among the highest in Britain, local political leaders were still deadlocked in talks with the government over imposing even tighter controls.

Foreign Secretary Dominic Raab took to the airwaves Friday to accuse Manchester's Labour mayor Andy Burnham of "trying to hold the government over a barrel over money and politics when actually we need to take action."

Over in Berlin, such was the disquiet over restrictions that 11 restaurant owners brought to court an order to close bars and eateries from 11 pm.

On Friday, the court overturned the order, finding that "it was not apparent" such a measure could help fight coronavirus.

The suspension echoed a similar court ruling in Madrid earlier this month that cancelled restrictions on 4.5 million people in and around the capital.

Over in Barcelona, meanwhile, people working in hospitality took to the streets, making noise with pots and pans and throwing eggs at the town hall after bars and restaurants were shut.

It wasn't all doom and gloom as conservationists lauded the return of pink dolphins in one of the world's busiest sea lanes between Hong Kong and Macau.

The population has fallen by 70-80 percent in the past 15 years but in 2020 their numbers have bounced back.

They have the pandemic to thank, with ferries between Hong Kong and Macau suspended since February.

"We're seeing much larger group sizes as well as much more socialising, mating behaviour, which we hadn't really been seeing for the last five years or so," said Lindsay Porter, a Hong Kong-based marine scientist.

And while tennis fans could look forward to Wimbledon next year, there wasn't such good news for rugby supporters.

This included uncertainty over the availability of many Europe-based South Africans amid coronavirus spikes, and concerns some players had not played enough due to the pandemic.