More than five million people in Australia's second-biggest city of Melbourne were ordered into a snap week-long lockdown Thursday, as officials blamed a sluggish vaccine rollout and hotel quarantine failures for another virus outbreak. 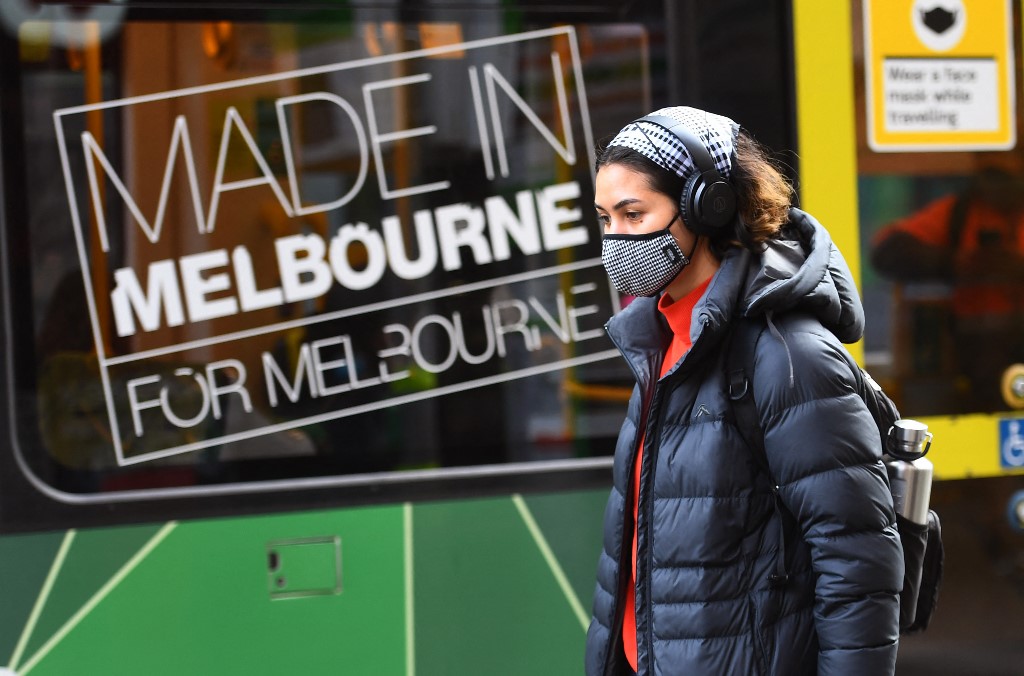 "In the last day, we've seen more evidence we're dealing with a highly infectious strain of the virus, a variant of concern, which is running faster than we have ever recorded," Merlino said.

The variant detected is known as B1617 -- which has spread widely in India.

The "circuit-breaker" is designed to allow contact tracers to get on top of cases, with residents permitted to leave home only for essential reasons including getting vaccinated.

Merlino said the conservative federal government's sluggish vaccine rollout was partly to blame for the latest lockdown, saying it was "not where it should be".

"If more people were vaccinated, we might be facing a very different set of circumstances than we are today. But sadly we are not," he said.

It is the fourth time Australia's second-biggest city has been plunged into lockdown since the pandemic began, including nearly four months of harsh restrictions last year.

Thousands of people across Melbourne were already self-isolating after positive cases attended dozens of locations including two separate Aussie Rules football matches, a series of nightclubs and a medieval battle re-enactment.

In recent months, Australians had largely been enjoying few restrictions after the country successfully contained the spread of coronavirus, but critics say a glacial vaccine rollout has left the nation vulnerable to outbreaks from hotel quarantine facilities.

The virus has leaked out 17 times in six months, according to the federal opposition Labor party, which has slammed the conservative government for refusing to overhaul the system.

"If we had an alternative to hotel quarantine for this particular variant of concern, we would not be here today," Merlino said.

Also under pressure over failing to meet initial vaccine delivery targets -- with about 3.7 million vaccination doses administered so far in a population of 25 million -- the government has pledged additional batches will be sent to Victoria in the coming weeks.

Public broadcaster ABC reported vaccines were yet to be delivered to almost 30 aged care homes in the state, despite hundreds dying when the virus swept through the facilities last year.

Australia has recorded about 30,000 cases and fewer than 1,000 deaths from Covid-19 -- the vast majority in Victoria during last year's devastating second wave.