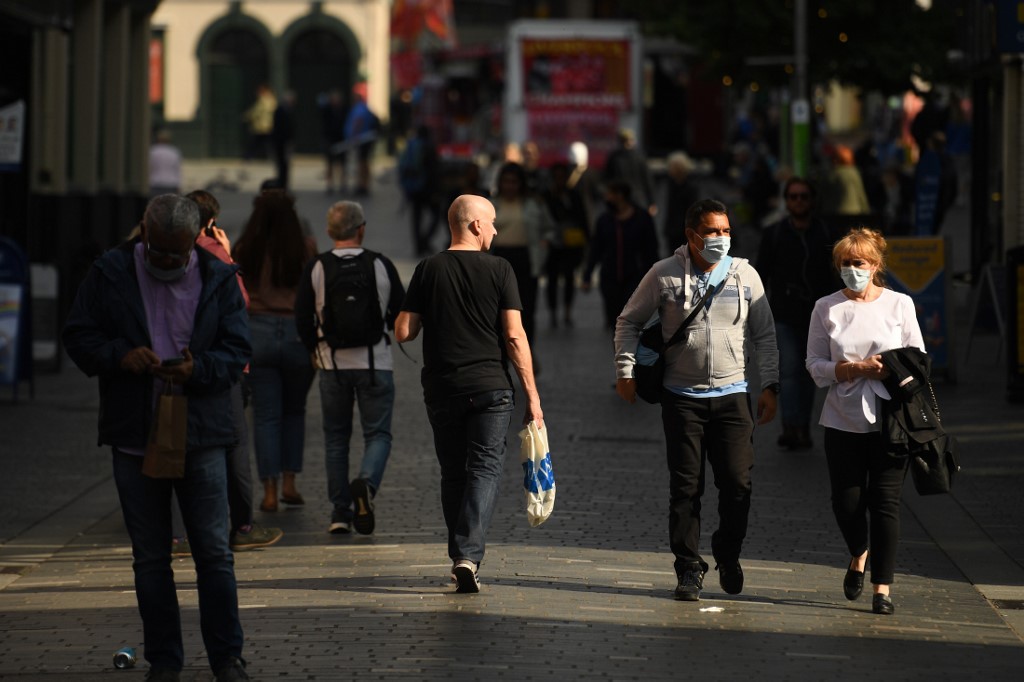 People wearing protective face masks walk through Liverpool city centre, north-west England on September 18, 2020 after the British government imposed fresh restrictions on the city after an rise in cases of the novel coronavirus. (Photo: AFP)

New lockdowns were also introduced in Scotland and Northern Ireland, while restrictions that were eased for Christmas Day in Wales were re-imposed on Saturday.

Those in the strict Tier Four, the toughest coronavirus restrictions, in England increased by six million to 24 million people, representing 43 percent of the population, in response to a more transmissible variant being discovered in Britain.

The new restrictions were imposed after the British government said a further 570 died within 28 days of testing positive for the virus as of Christmas Day, while there were a further 32,725 lab-confirmed cases of coronavirus in the country.

London and many other parts of England are currently under Tier Four restrictions, which require residents in the areas to stay at home, with limited exemptions. People are also urged to work from home when they can, and should not enter or leave those areas.