LONDON, Dec. 30 (Xinhua) -- The British government announced on Wednesday more areas, including Leicester City in England, will enter Tier Four, the highest level of COVID-19 restrictions in the country, meaning an additional 20 million people in the region will be living under the toughest measures. 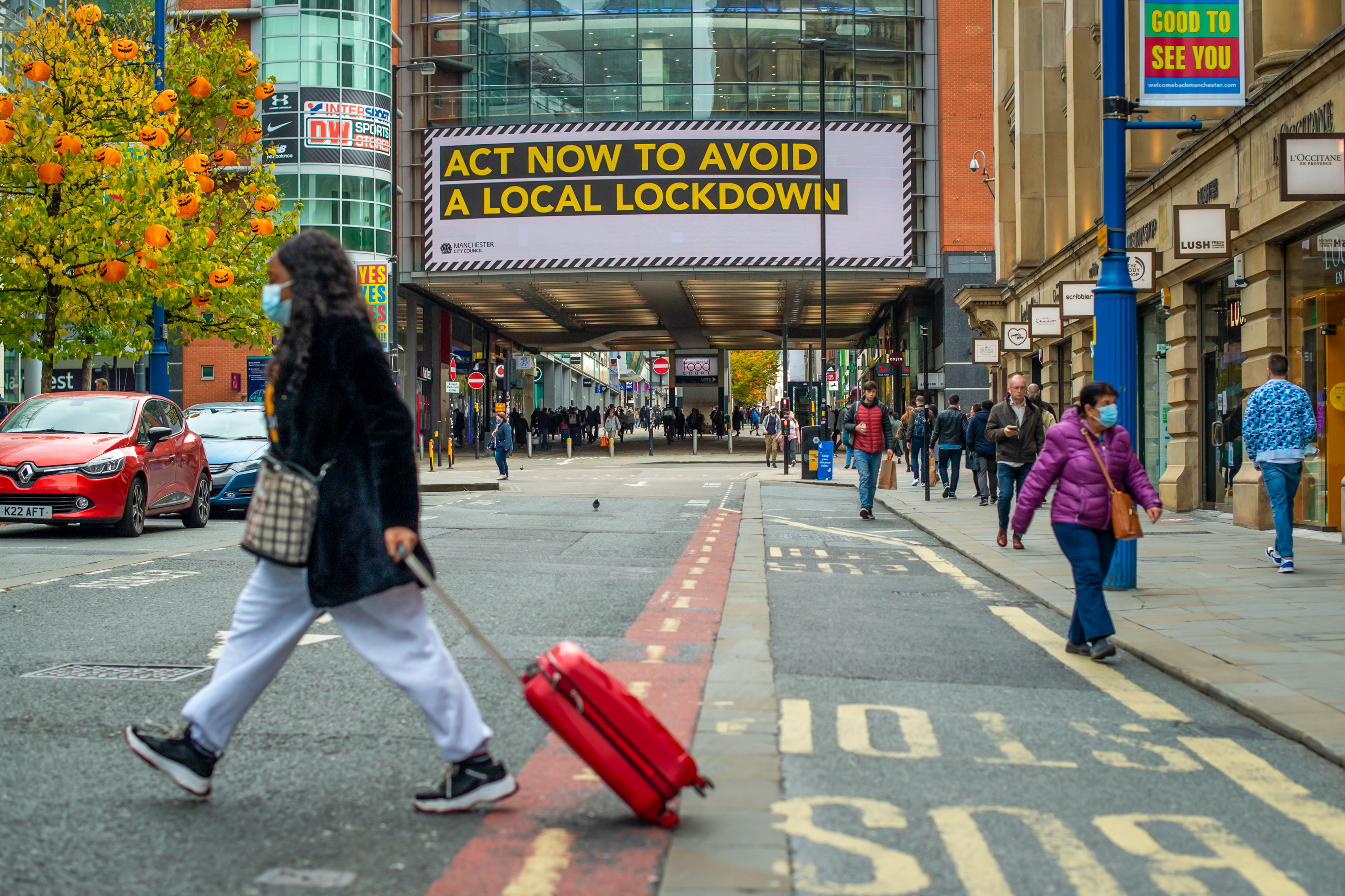 From Thursday, places such as Leicester City and Leicestershire, Lincolnshire, Northamptonshire, Derby and Derbyshire, Nottingham and Nottinghamshire, Birmingham and Black Country, Coventry, will be put into Tier Four.

The new move will put an additional 20 million people into Tier Four, joining millions in London and parts of the South East and East of England already living under the tightest restrictions.

It means a total of 44 million people will now be in Tier Four, or 78 percent of the population of England.

The announcement means that more than three quarters of England's population will be living under the strictest measures. The North East, as well as parts of the Midlands, the North West, and the South West of England are among the regions affected.

British Health Secretary Matt Hancock told MPs that "the new variant means that three quarters of the population are now going to be in Tier Four and almost all of the country in Tiers Three and Four."

"And I know that Tier Three and Four measures place a significant burden on people, and especially on businesses affected, but I am afraid it is absolutely necessary because of the number of cases that we've seen," he said.

His remarks came after Britain on Tuesday recorded more than 50,000 coronavirus cases overnight for the first time since the outbreak of the COVID-19 pandemic in the country.

Under the new tougher measures, residents in the Tier Four areas must stay at home, with limited exemptions. People are also urged to work from home when they can, and should not enter or leave those areas.

The move came as the second COVID-19 vaccine has been authorised for use in Britain, allowing a significant expansion of the immunisation program with hundreds more vaccination sites opening in the coming weeks and months.

To bring life back to normal, countries such as Britain, China, Germany, Russia and the United States are racing against time to develop COVID-19 vaccines.