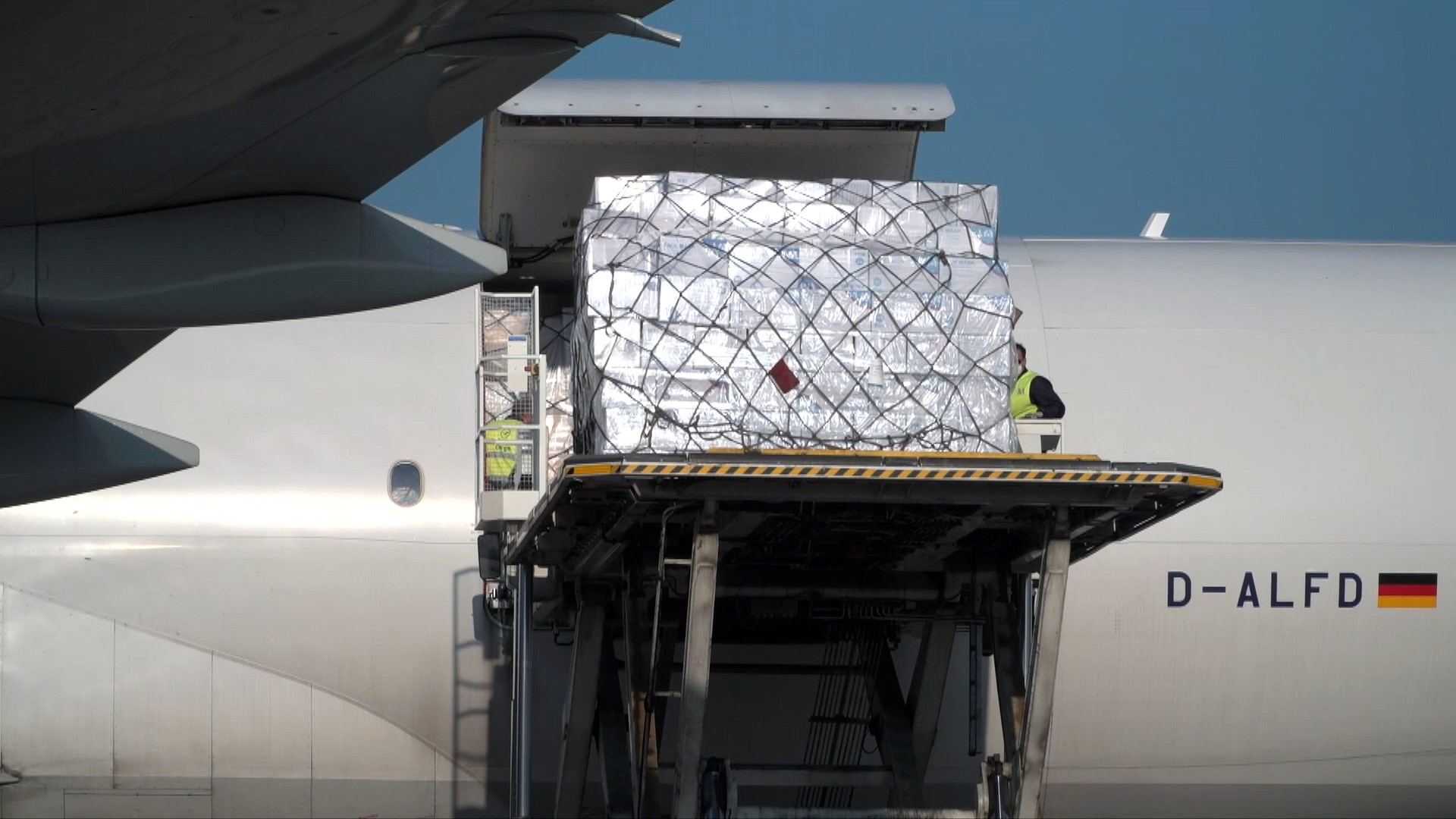 A total of eight million protective masks were flown from China to Germany to help the country fight COVID-19. (Photo: CGTN)

Eight million protective masks sent from China have arrived in Germany to help the country continue its fight against COVID-19.

The German government intends to distribute the masks to hospitals, old people's homes and care facilities in the state of Bavaria, the country's worst affected area.

Bavaria's prime minister, Markus Soder, who greeted the delivery, said he was happy, but the area still needs more masks.

"Every effort must be made to improve international supply chains. Yes. But it's also about strengthening in-house production. Bavaria is also trying to do that. We need to and that was decided by the federal government yesterday, so now German emergency production [needs to ramp up] urgently," he said.

Domestic production of masks is already taking place in Bavaria, but Soder has openly criticized the German government for not starting emergency production earlier.

He said: "We have everything in the country that we need. The textile manufacturers, the machine builders, and that must now be brought together in such a way that we ultimately have the corresponding success."

Germany has so far recorded more than 109,000 cases of COVID-19 and 2,000 deaths. The hope is that these masks will go some way to preventing an influx of new cases.