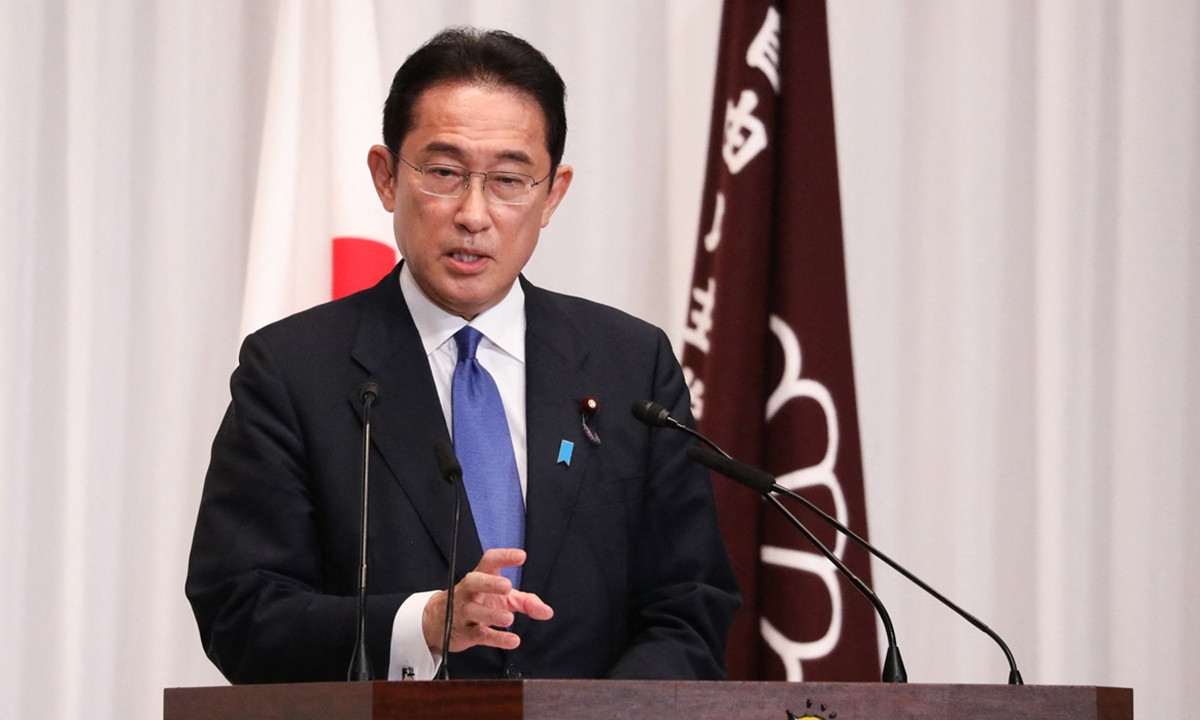 Despite having an ambition to become a major world power, Japan is nothing more than a petty follower of the US. Its latest remarks over the China-Solomon Islands security deal laid bare this clearly.

Japan is keeping a close eye on China's behavior concerning Pacific island nations, Japanese Prime Minister Fumio Kishida said Saturday after meeting with his Tuvalu counterpart. Kishida said these words after China's recent signing of a security agreement with the Solomon Islands sparked opposition and concern from the US and Australia.

This is not the first time Tokyo expressed its voice on China's security deal with the Pacific country. Japan's Chief of Cabinet Secretary Hirokazu Matsuno a few days ago said the agreement is likely to affect security for the region. Furthermore, Japanese media outlet Mainichi cited what government sources said on Thursday that Japan will send a vice foreign minister to the Solomon Islands possibly later this month due to concerns that the security pact will increase Beijing's military influence in the region.

The Solomon Islands geographically lies far from Japan. "The security pact between China and the Solomon Islands has nothing to do with Japan's security, economic and trade interests," Yang Xiyu, a senior research fellow at the China Institute of International Studies, told the Global Times.

"Japan's groundless 'concern' over the deal is mainly to echo the views of the US, which has blatantly threatened the security cooperation between China and the Pacific country. Japan's purpose of making such rhetoric is to serve the US' strategic interests, containing China on the global basis. Frankly speaking, if the US does not make irresponsible remarks on the security cooperation between China and the Solomon Islands, Japan will not even say a word in this regard," Yang said.

In addition, both Japan and the US have long been stuck in imperialist thinking. Although not as naked as it used to be, their imperialist thinking is still strong. Washington and Tokyo are trying to figure out China's mentality with their imperialist mindset in regard to China's cooperation or diplomacy with any other country. This is a typical practice of gauging the heart of a gentleman with one's own mean measure.

The attempts by countries such as the US, Australia and Japan to obstruct the Solomon Islands' deal with China trigger suspicion over whether the US and its allies regard the Pacific country as an independent sovereign state. Instead, they just treat the South Pacific region as their sphere of influence and try to assert the US' leadership in the region. They view China's cooperation with the Solomon Islands as moves affecting their interest. This is a manifestation of Cold War mentality.

If such mindset of the US continues, the world will be divided into opposing worlds. This is a tragedy of human society. In the context of globalization, countries should have become much closer. The division of the world into two parts due to political factors will be detrimental for the development of the world.

All countries have equal sovereignty. This is not only the basic norm of international relations, but also the consensus of human society and civilization. The US' emphasis on "leadership" is not only a basic violation of international law, but also a serious challenge to civilization, which will bring more contradictions and threats to the world and aggravate the strategic instability of the world.

Since former Prime Minister Shinzo Abe, Japan has put more emphasis on becoming a world power, rather than merely focus on itself as it did in the 1970s. Ironically, instead of achieving the goal, Japan still follows the US' lead. Even as a close ally of the US, Japan is an independent sovereign country and should have the ability to judge right and wrong. Blindly following the US and being its vassal state will make Japan an accomplice of the global instability.