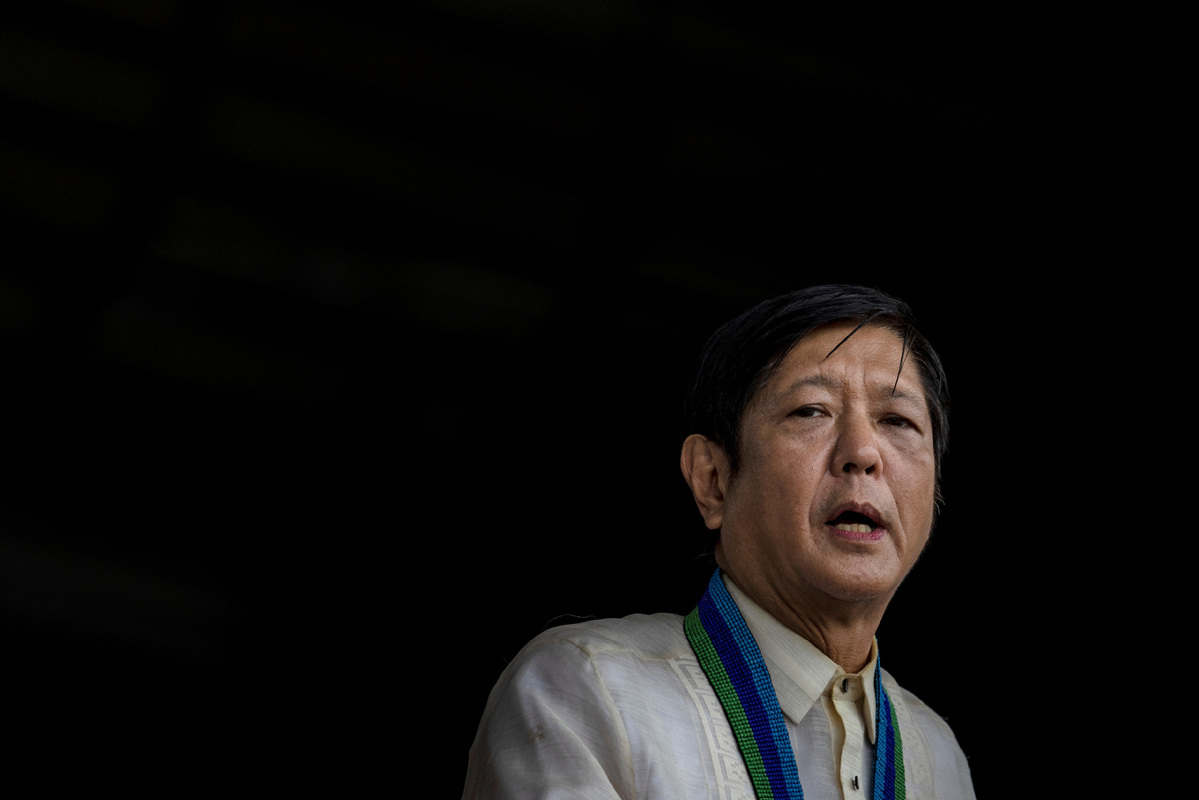 The China-funded bridge project in Mindanao will boost the economic potential in the southern Philippine region and serve as an enduring symbol of the closer ties between the two countries, observers said.

Philippine President Ferdinand Marcos Jr led the groundbreaking ceremony on Oct 27 for the Samal Island-Davao City Connector Project – a 3.98-kilometer bridge that will connect Davao City, Mindanao's largest city, and Island Garden City of Samal, one of the most popular resort islands in the Philippines. China is expected to help cover most of the 23 billion peso ($397 million) project cost.

Marcos thanked China for being an active member and dependable partner in this infrastructure development program. He said the project is "testament to the strong and ever-growing foundation of the bilateral relations and cooperation" between China and the Philippines.

China's Ambassador to the Philippines Huang Xilian said at the groundbreaking ceremony that the project "honors the strong bond of the practical cooperation and close friendship" between the two nations. He said he hopes this new milestone of China-Philippines friendship also will improve livelihoods for Filipinos and serve as a new landmark of the Davao region.

"Bridges are both real and symbolic. Real to the extent that these connect people, and symbolic as bridges show the closer ties between the two countries," said Jan Robert Go, assistant professor for political science at the University of the Philippines.

Go said that while China and the Philippines might differ on some issues, the construction of the Samal-Davao bridge project shows there are other areas for cooperation which can strengthen bilateral cooperation.

Wilson Lee Flores, honorary chairman of the Anvil Business Club, said the project is a "continuing win-win" for both China and the Philippines.

"This project is a big boost and positive catalyst for tourism, rural development and socioeconomic progress of Davao City and Samal Island in Mindanao," Flores said. He added that the Philippines' Build, Build, Build infrastructure program and China's visionary Belt and Road Initiative are complementary and has called on both countries to "accelerate and increase" infrastructure partnerships.

The Samal Island-Davao City Connector Project is expected to be open by 2027, bringing in more tourists to Samal. Famous for its pristine beaches, Samal is one of the Philippines' tourism hotspots. The bridge will accommodate up to 25,000 vehicles each day, reduce travel time between Samal and Davao, and give their residents more access to employment, education and other services.

Anna Malindog-Uy, vice-president for external affairs at the Asian Century Philippines Strategic Studies Institute, said the bridge will bring in both tourists and investors to Mindanao.

"Tourism in Samal Island will boom and the local populace will be better off, for it means more business and economic opportunities for them. Overall, the bridge will definitely provide more economic dynamism for Mindanao," she said.

Lucio Blanco Pitlo III, research fellow at Manila-based think tank the Asia-Pacific Pathways to Progress Foundation, noted the bridge was first proposed under the term of former president Rodrigo Duterte – a native of Davao and longtime leader of Davao City. Duterte, Marcos' predecessor, is also known for easing the once strained relations between China and the Philippines.

"The bridge is part of a number of infrastructure projects China is involved in the Davao region and shows Beijing's appreciation for Duterte's role in improving bilateral relations under his watch. The groundbreaking displays China's continued commitment to support Philippine connectivity projects under the new Marcos government," Pitlo said.

Austin Ong, president of the Philippines-China Friendship Society, said the bridge is an example of how China is delivering on its commitment even after the change in administration and helping the Philippines shed its reputation as a laggard in infrastructure development in the region.

"More importantly, the bridge, being in the capital of southern Mindanao, is a testament to President Marcos' commitment to utilize foreign relations to activate the development of the Philippines throughout the countryside," Ong said.