WORLD Mine left by Islamic State militants kills 20 in Syria

Mine left by Islamic State militants kills 20 in Syria

A land mine left by the Islamic State group struck a van packed with workers in eastern Syria on Sunday, killing more than 20 of them, Syria's state news agency said. The agency earlier reported that 24 people were killed. 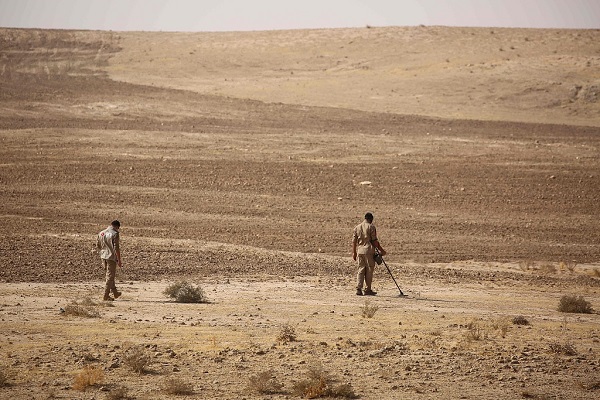 SANA said the explosion on Sunday morning near the central town of Salamiyeh was caused by explosives left behind by the militants when they controlled the area. A mine exploded in a nearby area earlier this month, killing seven people.

SANA said the workers hit by Sunday's blast were heading out to pick desert truffles.

IS has been driven from virtually all the territory it once held in Syria and neighboring Iraq, but the extremists left behind countless bombs and booby traps, and large areas have yet to be cleared.

IS fighters are now cornered by U.S.-backed Syrian forces in a small area near the Iraqi border.

An estimated 300 IS militants are besieged in the village of Baghouz, hemmed in by the Euphrates River and the U.S-backed Syrian Democratic Forces, a Kurdish-led militia spearheading the fight against IS following an intense push since September. Thousands of civilians have fled the area held by the extremists in recent weeks.

The presence of so many civilians — and possibly senior members of the militant group — in Baghouz has surprised the SDF and slowed down the expected announcement of the extremist group's territorial defeat.