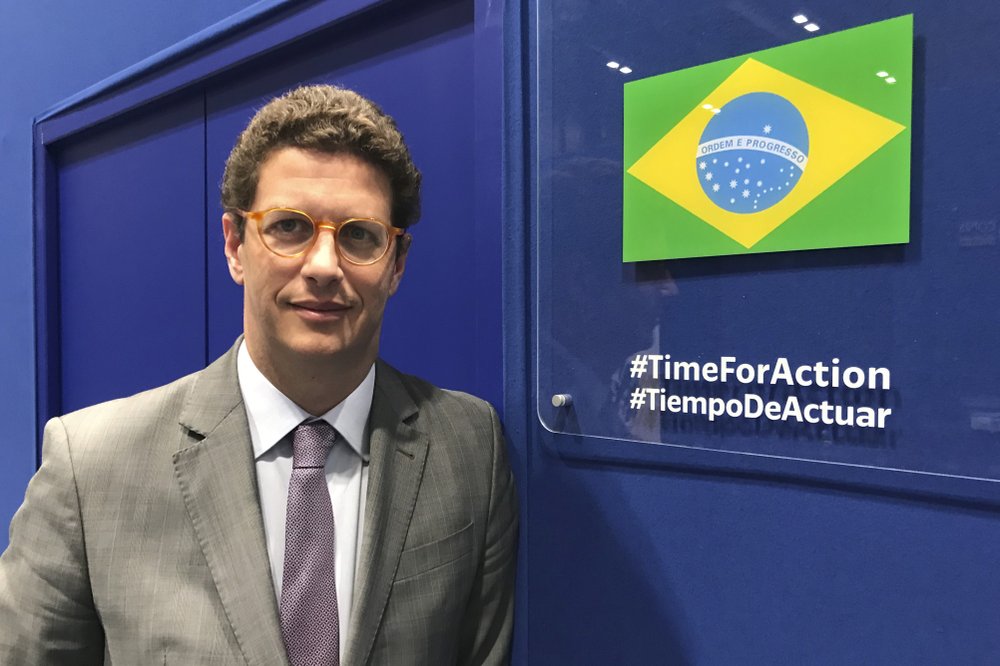 Brazil can’t stop deforestation in the Amazon without the help of rich countries, the country’s environment minister said at the United Nations’ two-week climate change conference.

Ricardo Salles, who declined to set a target for limiting deforestation in the coming year, said in an interview Saturday with The Associated Press that his country is committed to reducing illegal activity, but needs the support of developed nations.

“We are willing to do whatever is necessary to do so, but we need that back up,” Salles said. “That back up was promised many years ago and we’re still expecting the rich countries to participate in a proper way. Proportional funds are really are what are going to be needed for that task.”

While participating in the climate conference known as COP25, Salles is working to assure others of the environmental policies of Brazil’s far-right president, Jair Bolsonaro.

Bolsonaro has squabbled with some European leaders this year over his commitment to protecting the Amazon. He has worried environmental activists and others by criticizing Brazil’s environment regulator and by calling for more development in the Amazon region. He also accused activists groups, without evidence, of having set fires in that region to undermine his administration.

Deforestation in the 12 months through July reached the highest annual rate in 11 years. Brazil’s annual deforestation report released in November showed a nearly 30% jump from the prior year in the Amazon, which lost 3,769 square miles (9,760 square kilometers) of forest.

Salles said developed nations should help Brazil on the basis of Article 6 of the Paris Agreement signed in 2015 on tackling the effects of climate change. The article says monetary compensation mechanisms must be created to help developing countries.

Brazil already receives money from wealthy nations, namely Germany and Norway, to fight deforestation in the vast Amazon rainforest. Norway alone has donated $1.2 billion to Brazil’s Amazon Fund since its creation in 2008.

However, both European nations have suspended contributions, citing the continued deforestation and questioning whether the government wants to stop it. The Brazilian newspaper O Globo reported this past week that the fund’s disbursements this year were the smallest since 2013 and said zero projects were approved despite the fact the fund has 2.2 billion reais ($530 million) available.

Salles in the past has questioned the fund’s effectiveness. He said in the interview that Brazil is negotiating with the two European countries to restart the program. He said they exchanged draft documents, and he expects them to meet next week to discuss new terms of the fund.

Brazil now has “an appropriate approach on the problem of deforestation,″ Salles said.

He said the government is putting a new emphasis on balancing protection with efforts to develop biological resources that can provide livings for people in the Amazon region.

“If we don’t solve the economic development for more than 20 million Brazilians who live there and people who need to have this sustainable, from both a financial and environmental perspective, they will be easily co-opted by illegal activities,” Salles said. “It is a huge effort to attract the private sector to participate.”