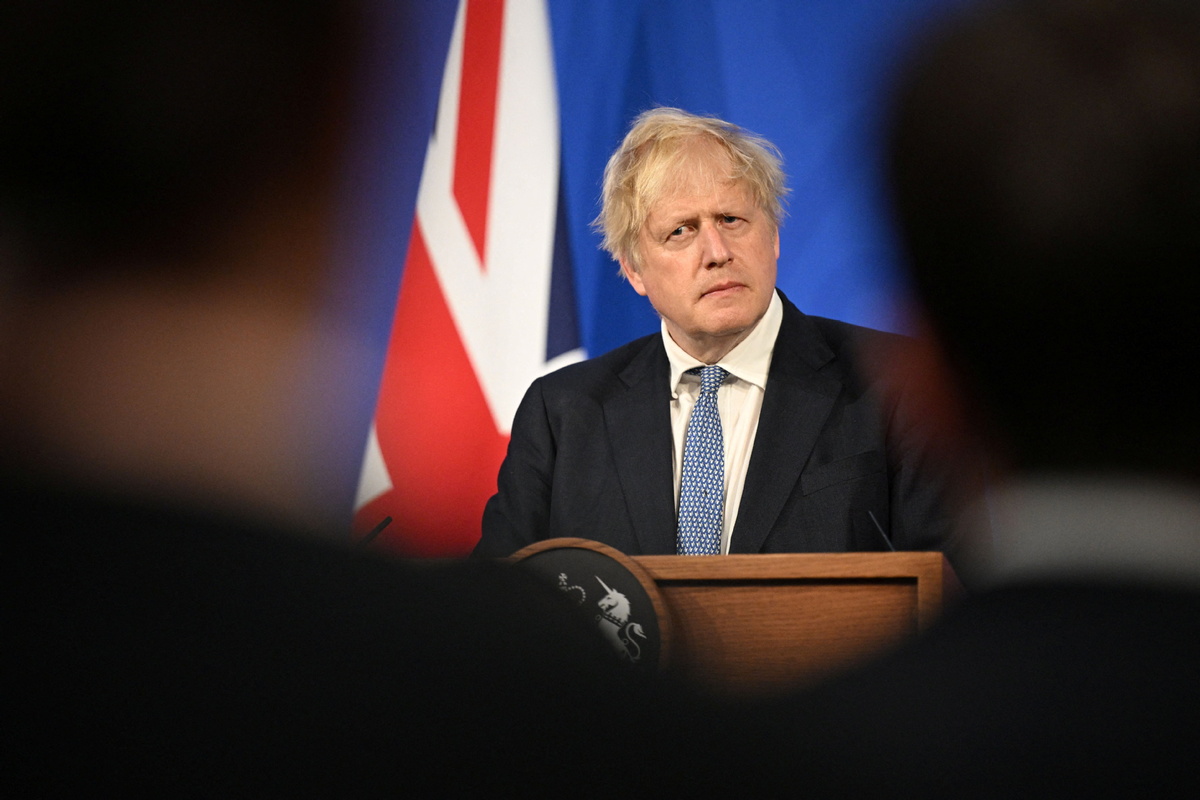 Britain's Prime Minister Boris Johnson holds a news conference in response to the publication of the Sue Gray report Into "Partygate", at Downing Street in London, England May 25, 2022. (Photo: Agencies)

A British government minister says the inquiry into the Partygate scandal surrounding Prime Minister Boris Johnson and breaches of lockdown rules at his Downing Street office was "unbelievably comprehensive", and has rejected the suggestion from opposition parties that fresh investigations need to be launched into issues that were not covered.

The Sunday Times newspaper published claims that a further illegal gathering not previously mentioned in the inquiry carried out by senior civil servant Sue Gray had taken place at Downing Street on Johnson's birthday in 2020, with Angela Rayner, deputy leader of the opposition Labour Party, saying it showed "yet another cover-up".

"We've had an unbelievably comprehensive set of investigations, going on now for nearly six months," he said.

"There was obviously the Sue Gray investigation, published last week. She interviewed dozens if not hundreds of people in the course of her investigation, with emails, message and everything else. And we've had the Metropolitan Police investigation, which again has gone over a number of months, and they've conducted that with full police powers.

"So, having had two separate investigations, including by the police, over many months, it's not immediately obvious to me that we need any more, when this has rightly been the most investigated set of incidents in recent times."

London's Metropolitan Police service issued 126 fixed penalty notices to people involved in the Downing Street parties, including to Johnson, his wife Carrie and Chancellor of the Exchequer Rishi Sunak.

At recent local elections across the country, Johnson's Conservative Party lost nearly 500 seats, and in June there are by-elections coming up in two seats previously held by Conservative members of Parliament who were both forced to step down for nonpolitical reasons.

If the lingering effects of Partygate contribute to another poor performance at the ballot box, Johnson could find himself coming under increasing internal pressure and possibly facing a challenge to his leadership of the Conservative Party. If 54 letters of no confidence are received from Conservative members of Parliament, then Johnson will be forced to seek reelection as party leader.

The BBC reported that as of Sunday, eight MPs had publicly declared that they had lost faith in him, and said it was aware of at least 20 who had submitted letters of no confidence.

The Guardian reported one unnamed Conservative MP, talking about Partygate, as saying "it's bad, … this is never going to go away. There's going to be a steady stream of new revelations. It's just going to keep on", with another saying they thought there would be a "drip, drip, drip" of further evidence.