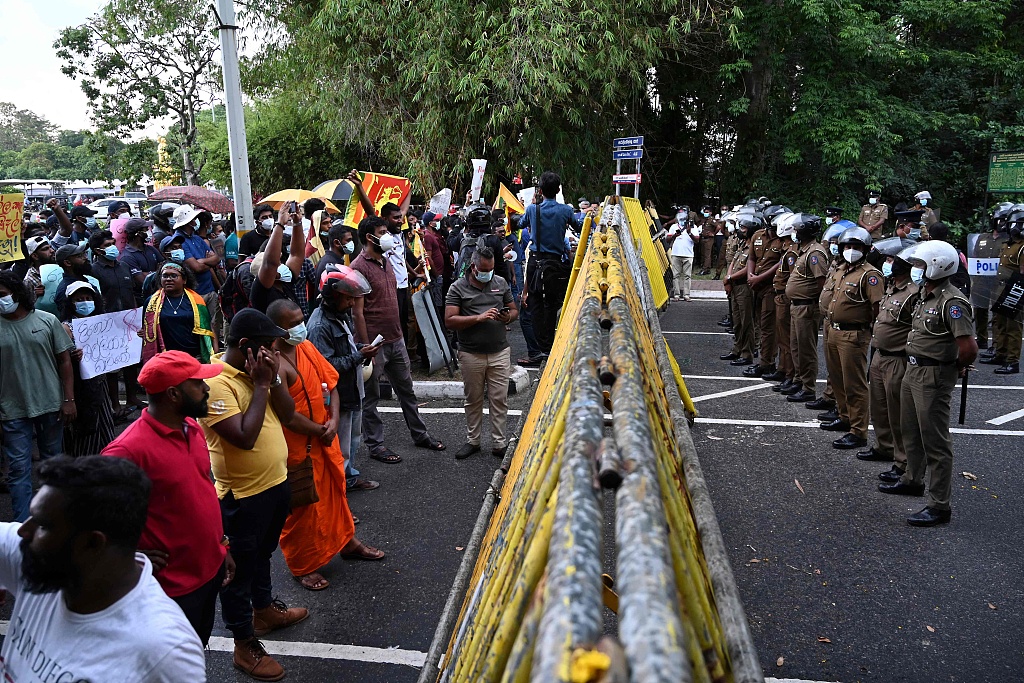 Police stand guard as demonstrators take part in a demonstration against the surge in prices and shortage of fuel and other essential commodities near the parliament building in Colombo, Sri Lanka, April 5, 2022. (Photo: CGTN)

Sri Lanka's President Gotabaya Rajapaksa will not resign, a minister said on Wednesday, despite protests against the government's handling of one of the nation's worst economic crises and as doctors held street protests over a shortage of medicine.

The president revoked a state of emergency late on Tuesday after five days as dozens of lawmakers walked out of the ruling coalition, leaving his government in a minority.

Sri Lankans have been suffering from shortages of fuel, power, food, drugs and other items for weeks, and doctors say the entire health system could collapse in weeks. Street protests began a month ago and have intensified in recent days, with people defying the emergency and a weekend curfew to demand the ouster of Rajapaksa, according to Reuters.

"May I remind you that 6.9 million people voted for the president," Highways Minister Johnston Fernando said in parliament in response to criticism from the opposition and cries of "Go home Gota."

"As a government, we are clearly saying the president will not resign under any circumstances. We will face this."

After Fernando's speech, nearly 200 doctors marched down a road by a national hospital in commercial capital Colombo, chanting slogans against the government.

The nation's crippling economic crisis risks starvation across the nation of 22 million while acute shortages and blackouts will get worse, Mahinda Yapa Abeywardana, the speaker of parliament, warned on Wednesday.

"We are told this is the worst crisis, but I think this is just the beginning," Abeywardana said at the start of a two-day debate on the worsening economic woes, noticing that more hardships are to come.

"The food, gas and electricity shortages will get worse. There will be very acute food shortages and starvation." 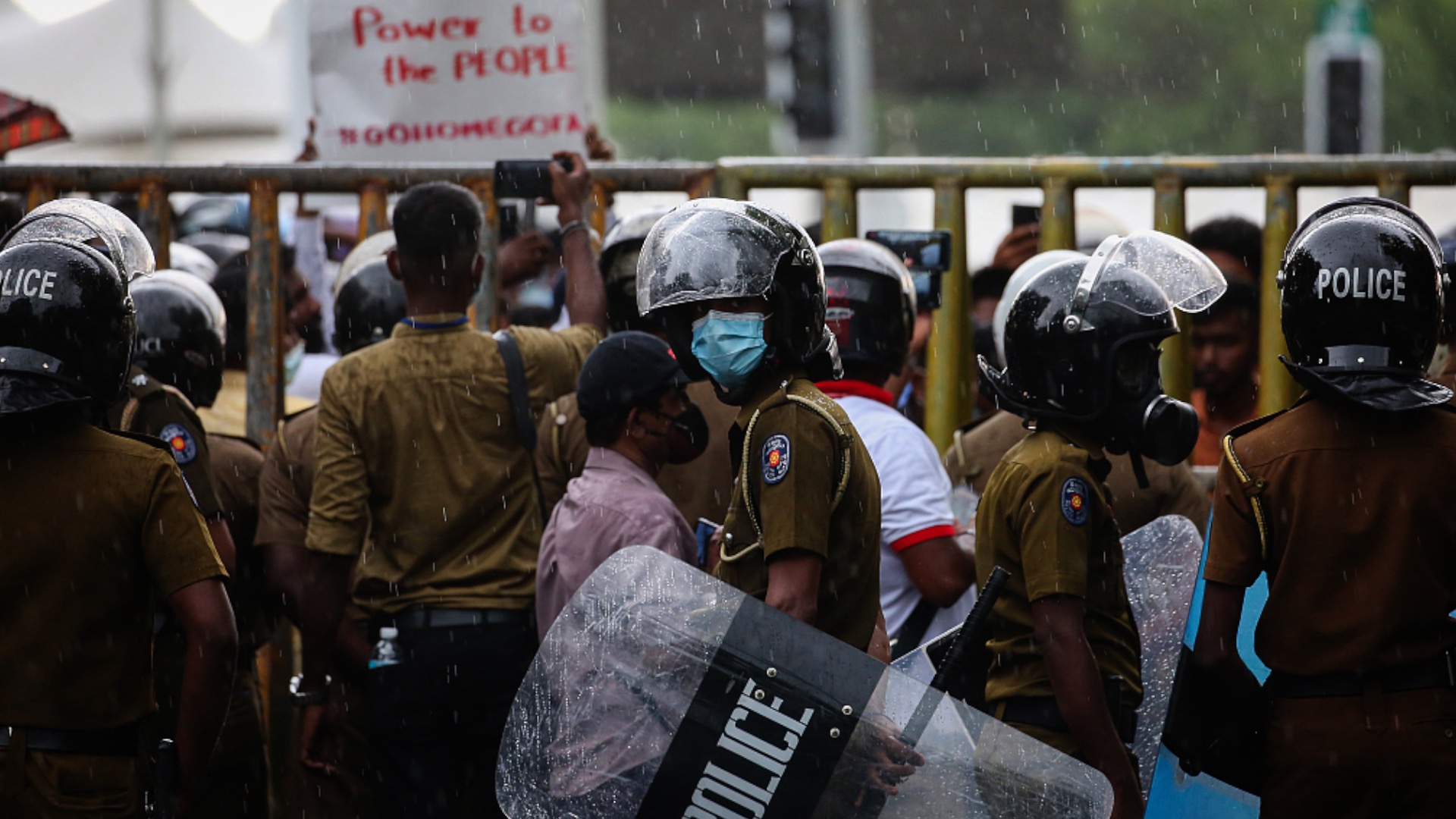 The country's newly-appointed Finance Minister Ali Sabry resigned on Tuesday, less than 24 hours after his appointment on Monday and ahead of crucial talks scheduled with the International Monetary Fund this month for a loan program.

Rajapaksa dissolved his cabinet on Monday and sought to form a unity government, a proposal rejected by ruling and opposition parties.

Sri Lanka's sovereign dollar bonds dropped more than three cents on Wednesday to trade at deeply distressed levels of less than 40 cents in the dollar. The stock market fell by around 2 percent.