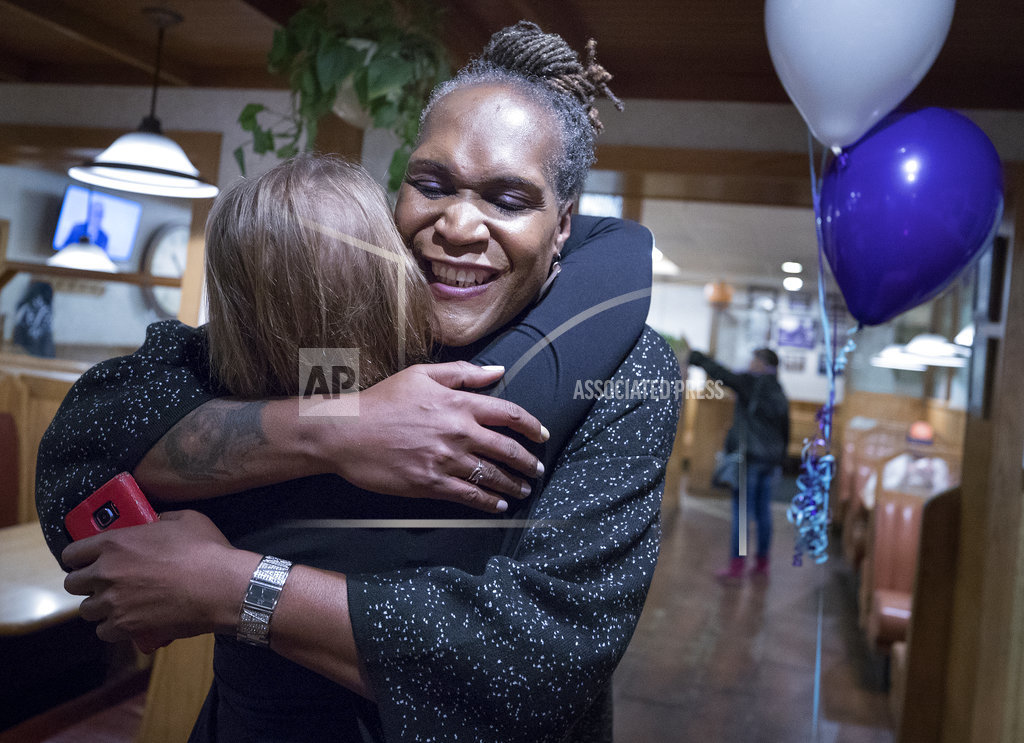 Minneapolis has elected a black transgender woman to its city council in what advocacy groups say is a national first.

Andrea Jenkins easily won the race for a south Minneapolis seat Tuesday with roughly 73 percent of the vote. Jenkins spent years as a policy aide to two previous council members in the same ward.

Victory Fund, a group that advocates for LGBT candidates, called Jenkins the first openly transgender woman elected to the city council of a major U.S. city.

She won the same night that Danica Roem became the nation's first openly transgender state lawmaker by winning a Virginia statehouse seat. Roem defeated Bob Marshall, a longtime Republican delegate who sponsored legislation that would have restricted transgender bathroom use.