WORLD Minor fire on Japan govt jet with PM on board: reports

Minor fire on Japan govt jet with PM on board: reports

A minor fire broke out mid-flight on a Japanese government jet Sunday while Prime Minister Shinzo Abe was on board, but it was extinguished quickly with no injuries, media reports said. 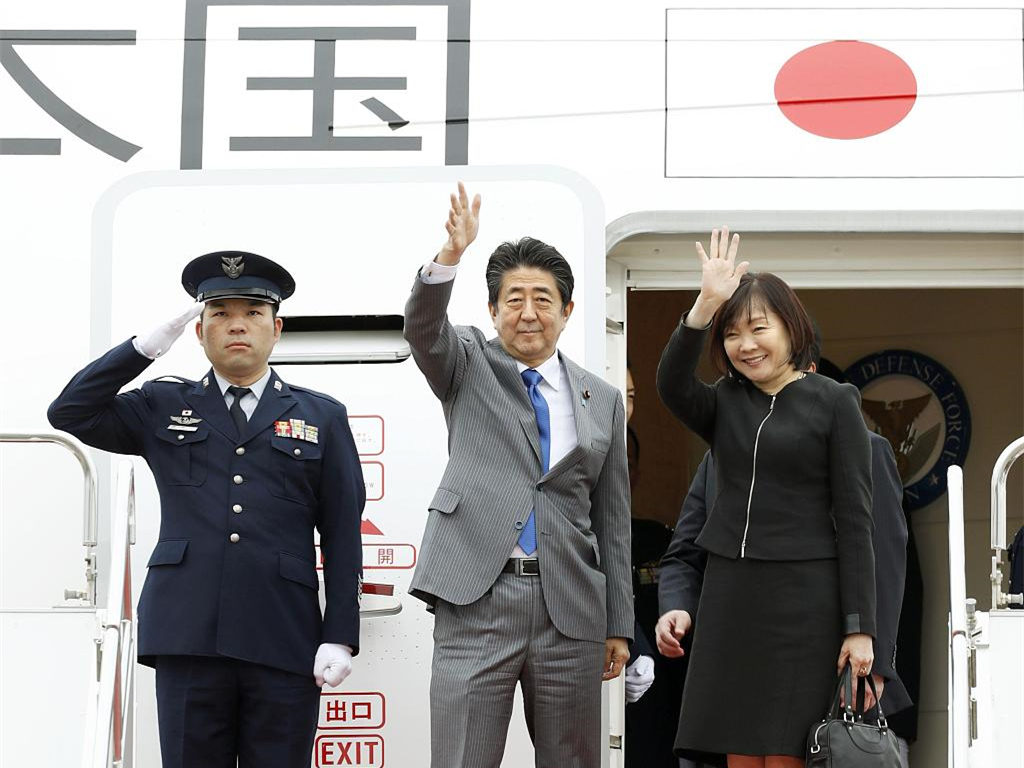 Japanese Prime Minister Shinzo Abe and his wife Akie wave at Haneda airport in Tokyo on Nov. 3, 2019, kicking off his three-day tour to Thailand to attend a series of summits related to the Association of Southeast Asian Nations. (File photo: VCG)

The leader was flying to Bangkok from Tokyo on a Boeing 777-300ER to attend talks at the Association of Southeast Asian Nations (ASEAN) summit.

About an hour after take-off, an in-flight announcement said that an oven on the plane had sparked a small blaze, the Asahi Shimbun reported.

Ten minutes later, another announcement said the fire had been extinguished, with no smoke or smell detected, the newspaper said in an online article.

There was no change to Abe's itinerary, Kyodo said.

Contacted by AFP, officials from the prime minister's office and the defence ministry could not immediately confirm the report.