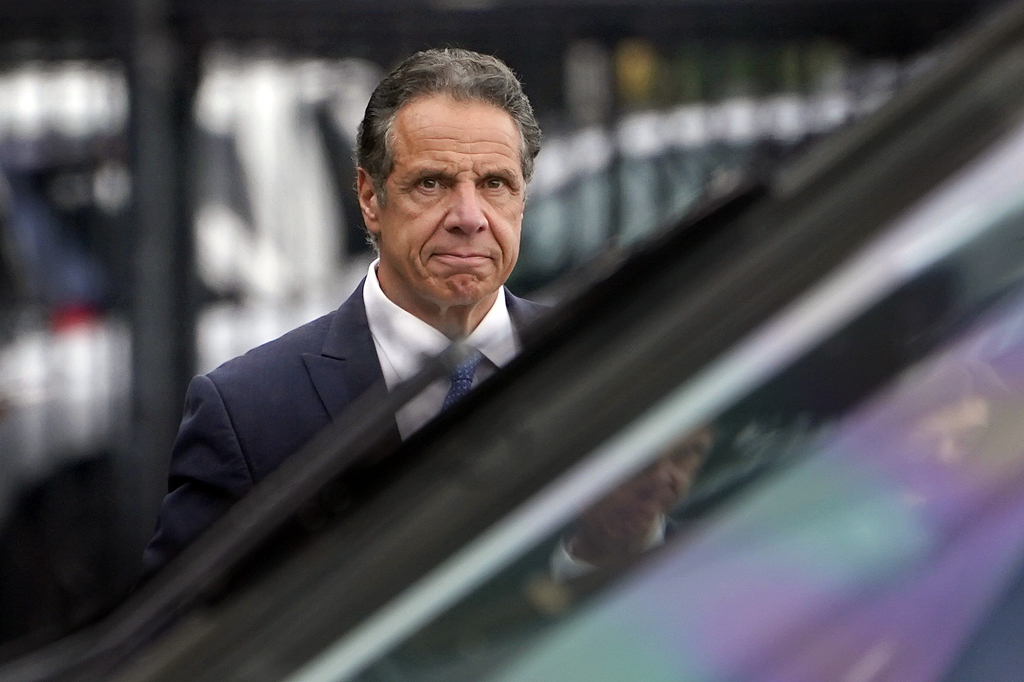 Andrew Cuomo prepares to board a helicopter after announcing his resignation, Tuesday, Aug. 10, 2021, in New York, U.S. /CFP

A misdemeanor complaint has been filed against former New York Governor Andrew Cuomo in a court in Albany, the state's capital, a spokesman for the New York state courts said on Thursday.

"As this is a sex crime, a redacted complaint will be available shortly," the spokesman, Lucian Chalfen, said in an emailed statement. The complaint accuses Cuomo of putting his hand down the victim's blouse and grabbing her left breast in December 2020.

The charge is the first to be filed since the once-powerful politician was forced to resign this year following a slew of sexual harassment allegations.

Cuomo resigned in August after state Attorney General Letitia James issued a report, which was not criminal in nature, concluding that he sexually harassed 11 women, including former staffers.

(With input from Reuters and AFP)