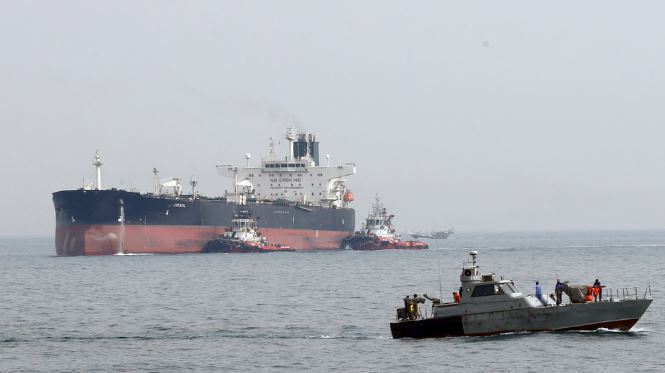 An Iranian military boat patrols next to the Artavil oil tanker, at the Kharg Island, in Persian Gulf, southern Iran, on March 12, 2017. (File photo: IC)

DUBAI, July 16 (Xinhua) -- A United Arab Emirates (UAE) official said on Tuesday that the oil tanker MT RIAH, which was reported to have disappeared, does not belong to the UAE, the official WAM news agency reported.

"The tanker in question is neither owned nor operated by the UAE. It does not carry Emirati personnel, and did not emit a distress call," the official said in a statement.

"We are monitoring the situation with our international partners," he added on condition of anonymity.

Some international media said the Panama-flagged tanker disappeared when passing through the Strait of Hormuz.