WORLD Mississippi close to removing rebel emblem from its flag

Mississippi close to removing rebel emblem from its flag 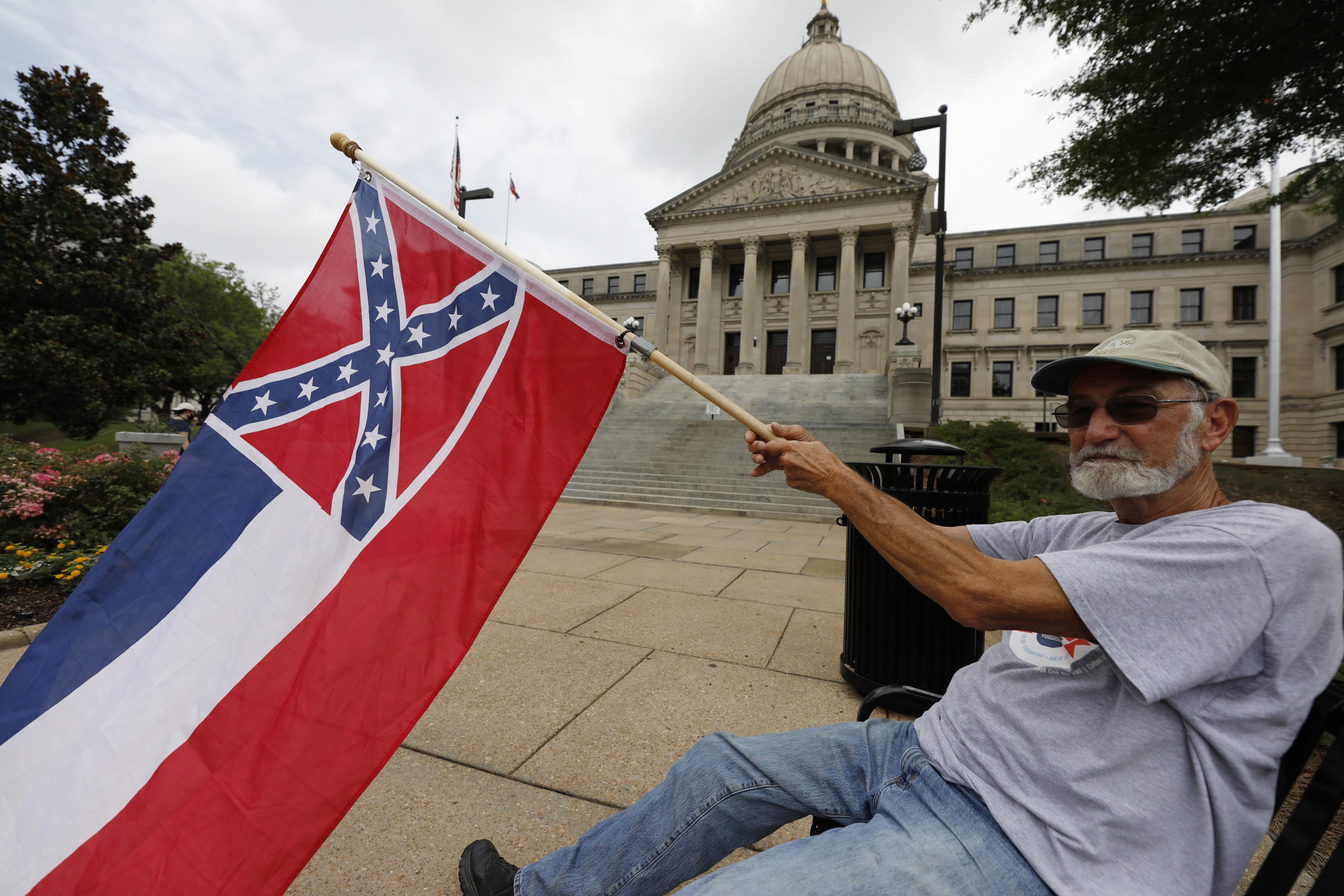 Larry Eubanks of Star waves the current Mississippi state flag as he sits before the front of the Capitol, Saturday, June 27, 2020, in Jackson, Miss. (Photo: AP)

The House passed a bill 91-23 with broad bipartisan support, sending it to the Senate for more debate.

"How sweet it is to celebrate this on the Lord's day," said Republican House Speaker Philip Gunn, who has pushed for five years to change the flag. "Many prayed to Him to bring us to this day. He has answered."

Republican Gov. Tate Reeves has said he will sign the bill, and the state flag would lose its official status as soon as he signs the measure. A commission would design a new flag that cannot include the Confederate symbol and that must have the words "In God We Trust."

The flag's supporters resisted efforts to change it for decades, but rapid developments in recent weeks have changed dynamics on this issue in the tradition-bound state.

As protests against racial injustice recently spread across the U.S., including Mississippi, leaders from business, religion, education and sports have spoken forcefully against the state flag. They have urged legislators to ditch the 126-year-old banner for one that better reflects the diversity of a state with a 38% Black population.

The state House and Senate met Saturday and took a big step: By two-thirds margins, they suspended legislative deadlines so a flag bill could be filed. Spectators cheered as each chamber voted, and legislators seeking the change embraced each other.

Democratic Sen. David Jordan, who is African American, has pushed for decades to change the flag. He smiled broadly after Saturday's vote and said, "This is such a metamorphosis."

Mississippi has the last state flag  with the Confederate battle emblem — a red field topped by a blue X with 13 white stars. The flag has been divisive for generations. All of the state's public universities have stopped flying it, as have a growing number of cities and counties.

White supremacists in the Mississippi Legislature set the state flag design in 1894 during backlash to the political power that African Americans gained after the Civil War.

In 2000, the Mississippi Supreme Court ruled that the flag lacked official status. State laws were updated in 1906, and portions dealing with the flag were not carried forward. Legislators set a flag election in 2001, and voters kept the rebel-themed design.

Former state Rep. Steve Holland was at the Capitol on Sunday urging legislators to change the flag. As a Democratic House member in 2000, Holland served on a commission that held public hearings about the flag. He said Sunday that he and other commissioners received death threats back then.

Holland, who is white, said he voted in the 2001 election to keep the flag but he now sees the rebel symbol as harmful.

"People have changed," Holland said. "The country's changed. The world has changed."

"It was time to go and leave Ole Miss," Hinson said. "I'm proud not to represent that flag anymore and to not be associated with anything representing the Confederacy."

Reeves and many other politicians have said people should get to vote on a flag design in another statewide election.

People wanting to keep the Confederate-themed flag could gather more than 100,000 signatures to put that design up for statewide election. It's too late to get it on the ballot this November, though, because of timelines set in state law.