MIT professor quits in protest over lab links to Epstein 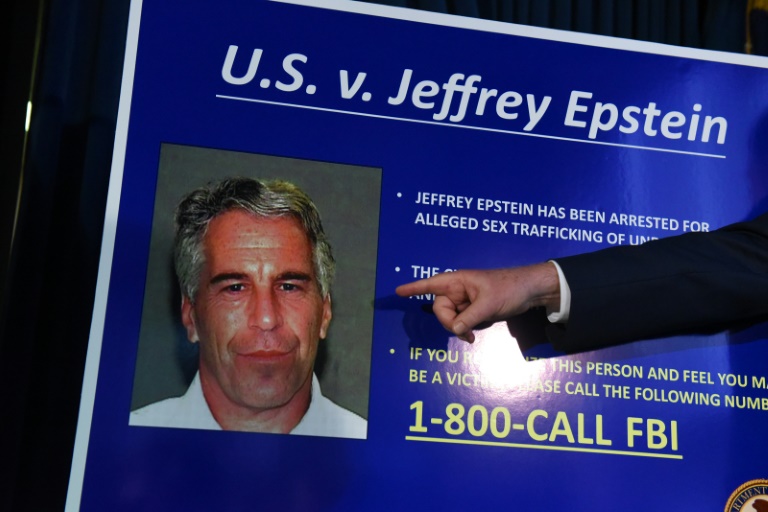 Disgraced financier Jeffrey Epstein portrayed himself as a 'science philanthropist' and was friendly with several renowned scientists. (Photo: AFP)

The head of a research center at the Massachusetts Institute of Technology has said he will quit in protest after the revelation of financial ties between the institution and disgraced hedge fund manager Jeffrey Epstein.

Ethan Zuckerman, director of the Center for Civic Media at the MIT Media Lab, said he would leave at the end of the 2019-2020 academic year after finding out that lab director Joi Ito took money from Epstein, who committed suicide in prison on August 10 as he awaited trial on sex trafficking charges.

"My logic was simple: the work my group does focuses on social justice and on the inclusion of marginalized individuals and points of view," Zuckerman wrote in a message posted on the Medium forum Tuesday and added to Wednesday.

"It's hard to do that work with a straight face in a place that violated its own values so clearly in working with Epstein and in disguising that relationship."

Zuckerman said he had apologized to the three recipients of the Media Lab's 2018 "Disobedience Prize" who were recognized for their fight against sexual harassment in the science world.

"For me, the deep involvement of Epstein in the life of the Media Lab is something that makes my work impossible to carry forward there," Zuckerman said.

Researcher J. Nathan Matias, a visiting scholar at the lab, said he was also resigning following the revelations about Ito's ties with Epstein.

Matias was working on a project conducting research on protecting women and other vulnerable people from online abuse and harassment.

"I cannot with integrity do that from a place with the kind of relationship that the Media Lab has had with Epstein. It's that simple," he said in a post on Medium announcing his resignation.

Earlier this month, Ito apologized in an open letter for his links with Epstein, who was accused of trafficking girls as young as 14 for sex.

Ito said he met the businessman in 2013, five years after Epstein's first conviction in Florida for paying young girls for sexual massages.

He admitted to visiting residences owned by the multimillionaire and having accepted financial assistance for the Media Lab and for his own investment fund.

While taking "full responsibility for my error in judgment," Ito said "that in all of my interactions with Epstein, I was never involved in, never heard him talk about, and never saw any evidence of the horrific acts that he was accused of."

Other scientists, including Harvard genetics professor George Church, have apologized for having contacts with Epstein.

The hedge fund manager had portrayed himself as a "science philanthropist" and was friendly with several renowned scientists.

According to recently released court documents quoted by US media, one of Epstein's alleged victims, Virginia Giuffre, said as a teenager she was forced to have sex at one of Epstein's residences with Marvin Minsky, a co-founder of the MIT Media Lab who died in early 2016.