Mixed public health messages complicate the US fight in COVID-19 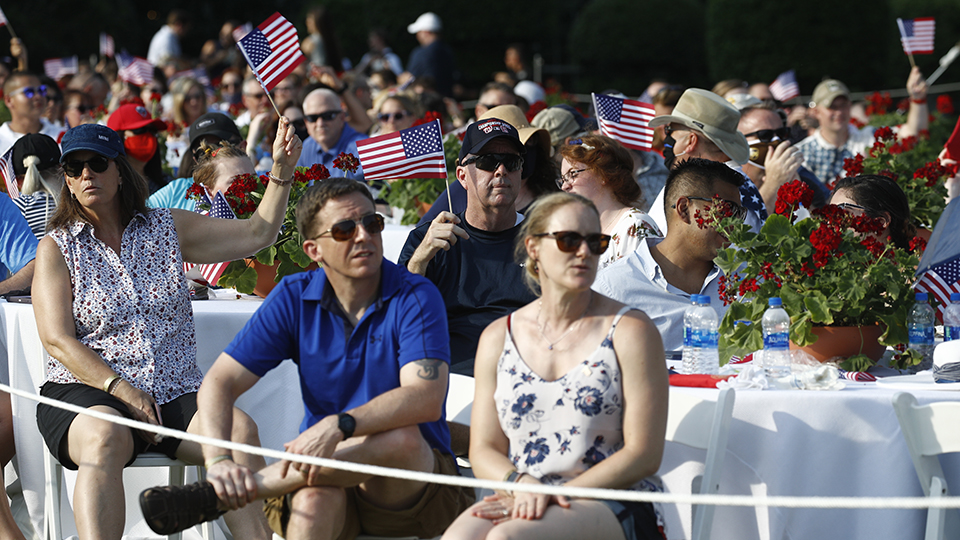 Guests wait for a "Salute to America" event to start and President Donald Trump and first lady Melania Trump on the South Lawn of the White House, Saturday, July 4, 2020, in Washington. (Photo: AP)

New daily COVID-19 cases in the United States has hit a record highs. Florida continues to set daily coronavirus case records for more than 25 days straight, according to the Washington Post. Both Texas and Florida have reported their highest single day increases in new COVID-19 cases on Saturday.

U.S. President Donald Trump emphasized that the spike was due to more testing in his Fourth of July speech and asserted that "by so doing, we show cases, 99% of which are totally harmless." On Sunday, the The Food and Drug Administration commissioner declined to support Trump's claim that 99% of coronavirus cases are "harmless."

Many U.S. local government officials are frustrated at the mixed public health messages coming out of Washington and have called for a national strategy on how to deal with the pandemic.

Steve Adler, the mayor of Austin, Texas believes Trump's remarks will harm the country's efforts in fighting the virus and urged residents to follow local public safety guidance rather than listening to the "ambiguous message coming out of Washington."

Phoenix Mayor Kate Gallego from Arizona also pointed out that while she was urging people to practice social distancing and avoid gatherings, President Trump was conveying a contradicting message by holding large events and not wearing a mask during his recent visit to the city.

Leaders from Austin and Houston, two of Texas' biggest cities said on Sunday that they wanted the governor to authorize local governments to impose stricter safety measures, such as stay-at-home orders to help stop the virus spreading in the state.

The surge in COVID-19 cases in the country has complicated the reopening plan for schools in many U.S. states.

"There's a lot of parents that are saying, 'Open our schools, let us have the decision if we feel comfortable sending the children in to them,'" a parent in New York told the AP.  But schools said it was hard for them to keep the schools open if they saw the number of new COVID-19 cases growing in the community.

To reopen the schools and keep the kids safe, the schools will need more school buses and personal protective equipment. Many school districts plan to rely heavily on federal financial assistance to pay for new purchases. But school officials worried that if the virus spreading cannot be controlled, the schools may be ordered to shut down again before they have all safety supplies in place.