US Treasury Secretary Steven Mnuchin said Saturday that he still planned to attend an economic meeting in Riyadh this month, but would keep his eye on a probe into the disappearance of journalist Jamal Khashoggi. 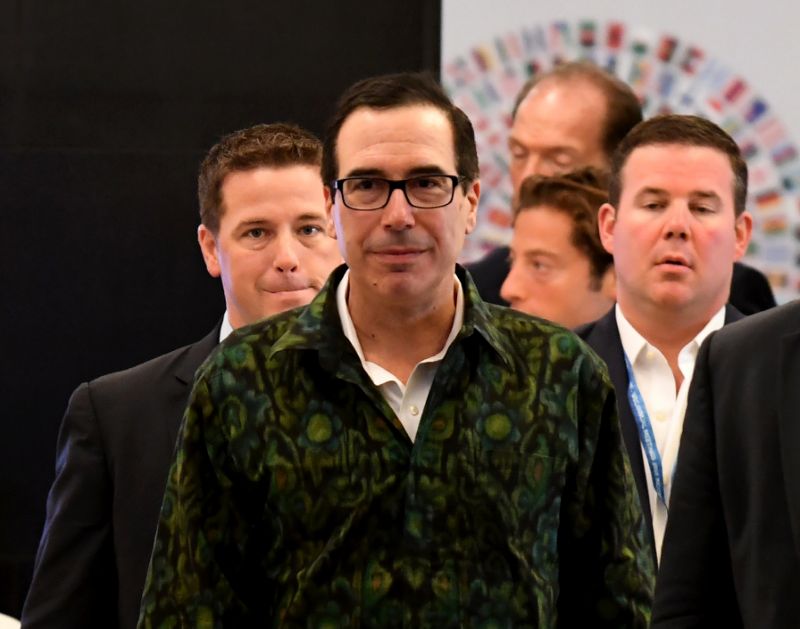 As questions swirl over the fate of Khashoggi -- a Saudi critic who has not been seen since he walked into the kingdom's consulate in Istanbul on October 2 -- some big business names and media outlets have pulled out of the second Future Investment Initiative.

"Obviously I want to express concern for Mr. Khashoggi and his family," Mnuchin told reporters on the sidelines of the IMF's annual meetings in Bali.

"We look forward to getting results of this investigation."

But Mnuchin added that he had not changed plans to attend the October 23-25 conference in Riyadh, dubbed "Davos in the Desert" after the World Economic Forum in the Swiss resort.

"The answer is for now I am" still going, Mnuchin said.

"If more information comes out over the next week, I will obviously take that into account."

Riyadh on Saturday dismissed accusations that Khashoggi was ordered murdered by a hit squad inside its Istanbul consulate as "lies and baseless allegations".

But the row has intensified with the Washington Post reporting that Turkish officials have recordings made from inside the building that allegedly prove their claims Khashoggi was tortured and killed at the consulate.

Bloomberg, the Financial Times, The Economist and The New York Times have withdrawn as media sponsors from the event amid questions about the missing man's fate.

The CEO of ride-hailing app Uber, Dara Khosrowshahi, said that he will no longer be attending the event unless "a substantially different set of facts emerges".

British entrepreneur Richard Branson said he would suspend two directorships linked to tourism projects in Saudi Arabia over the issue.

Amnesty International demanded the Saudi authorities reveal what happened to Khashoggi as it said Riyadh was "responsible at a minimum for enforced disappearance".