Model in Sao Paulo dies after taking ill on catwalk 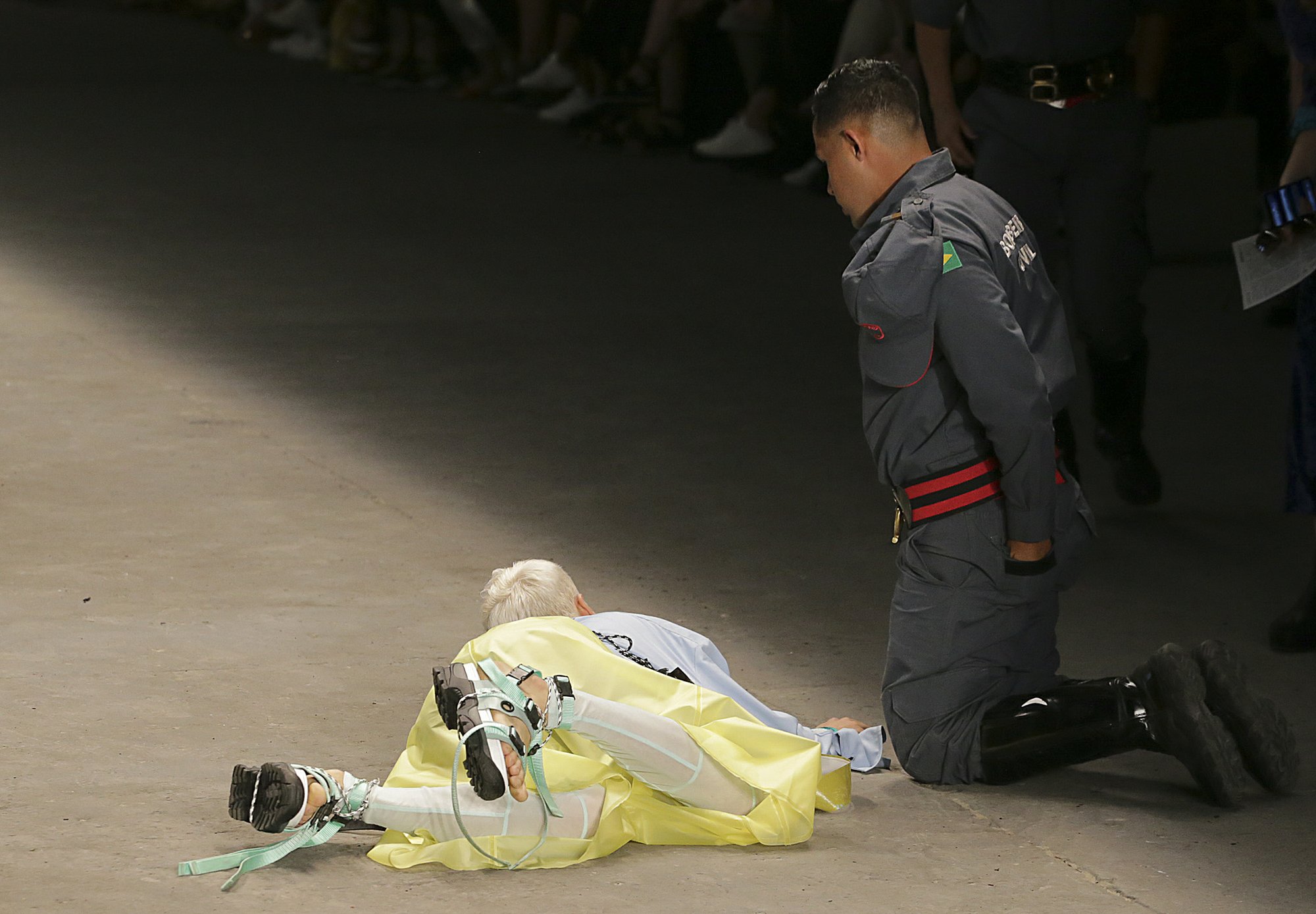 Model Tales Soares lies on the catwalk as a paramedic tends to him after he collapsed during Sao Paulo Fashion Week in Sao Paulo, Brazil, Saturday, April 27, 2019. (Photo: AP)

A model participating in Sao Paulo’s Fashion Week has died after getting sick and falling on the catwalk. 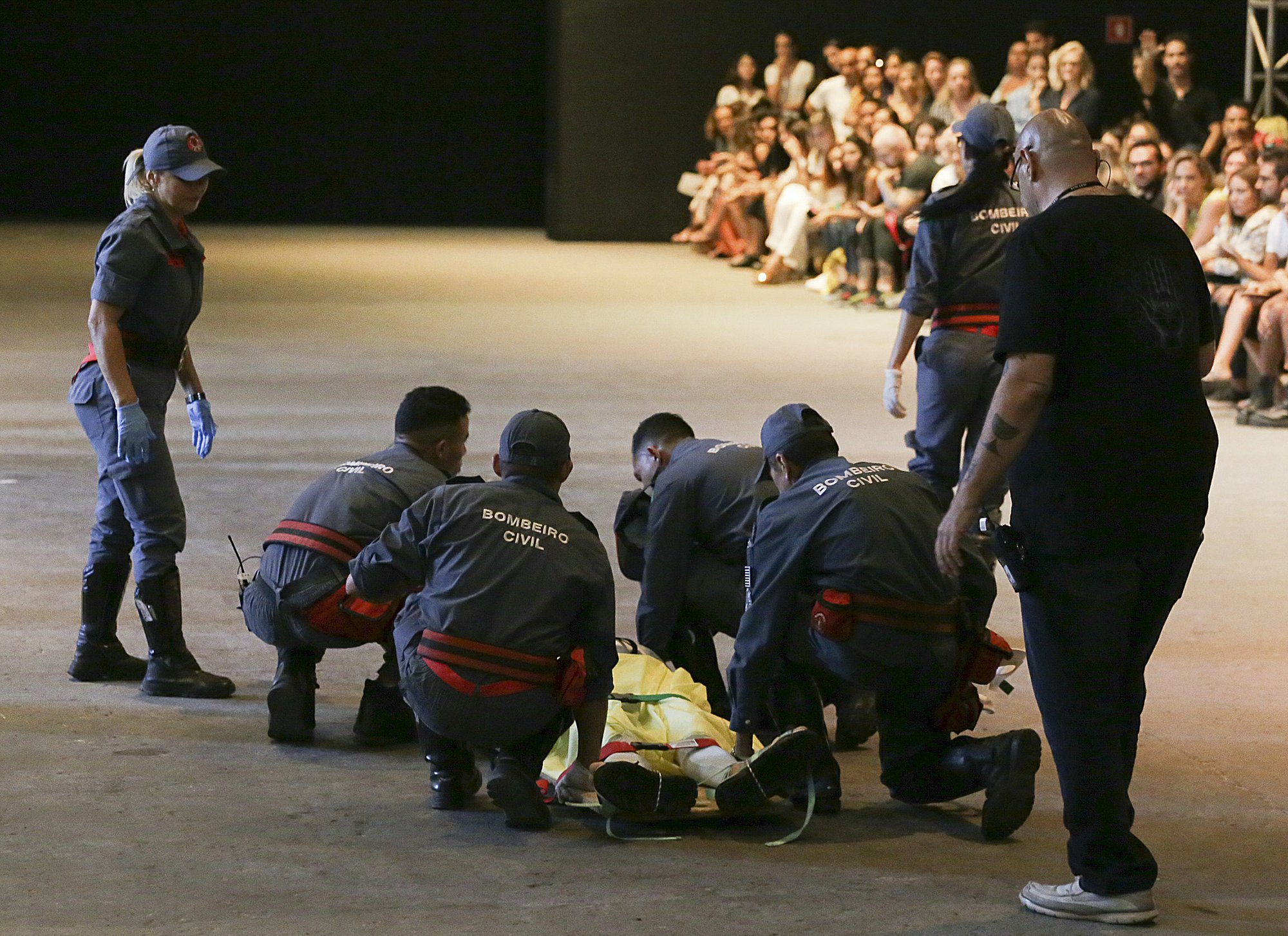 Model Tales Soares is taken from the catwalk by paramedics after he collapsed during Sao Paulo Fashion Week in Sao Paulo, Brazil, Saturday, April 27, 2019.

A statement from organizers said Tales Soares took ill Saturday while in a parade of fashion brand Ocksa. A medical team attended to him on the catwalk and Soares was later taken to a hospital, where he was pronounced dead.

The statement did not provide more details. 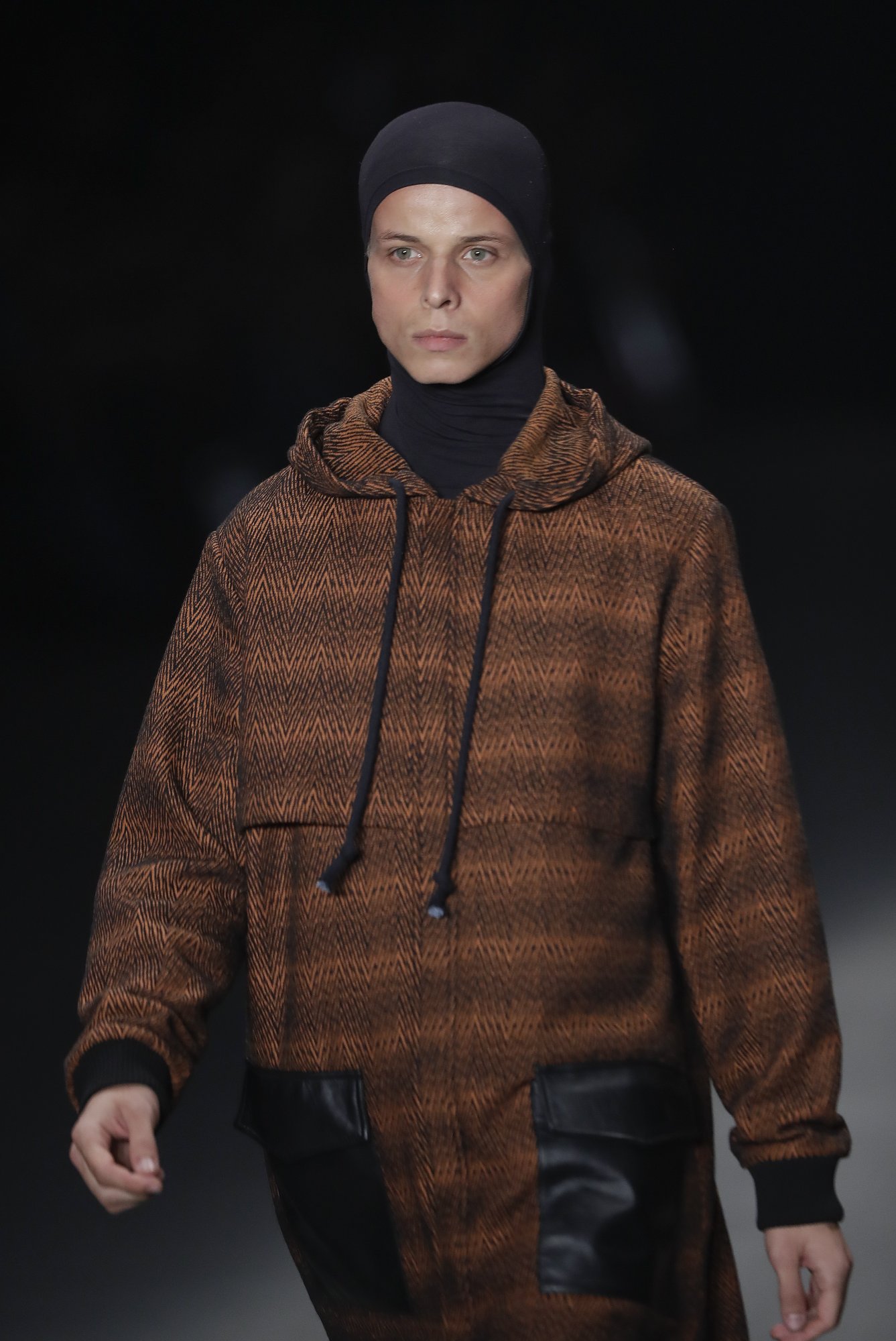 Daily Folha de S. Paulo reported that Soares tripped on his shoelace and fell. According to the paper, people in the crowd initially thought his fall was part of a performance.

A photo in the newspaper showed the model lying face down on the catwalk while paramedics attended to him. The paper reported Soares was 26 years old.