A moderate earthquake hit central Croatia near the capital of Zagreb early Monday, triggering panic and damaging some buildings in towns south of the city. There were no immediate reports of injuries. 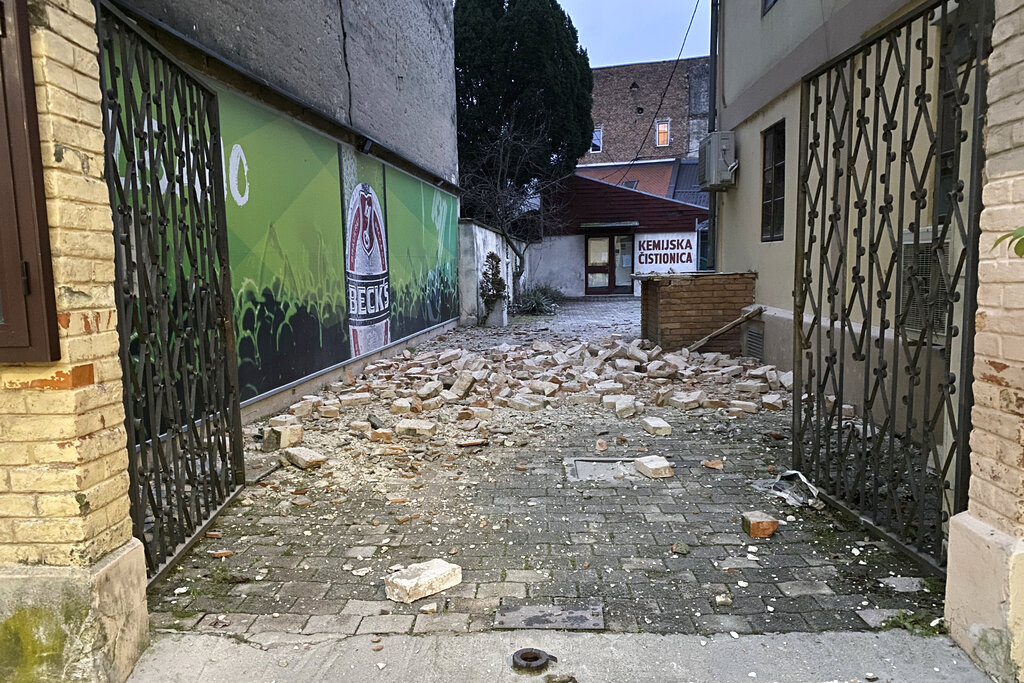 Croatia’s seismologists said the magnitude of the quake that struck around 6:30 a.m. (0530 GMT) was 5.0, with the epicenter near the towns of Petrinja and Sisak 50 kilometers (30 miles) south of the capital. Several smaller tremors were felt after the initial one.

The mayor of Petrinja, Darinko Dumbovic, told state HRT television that “we have bricks and tiles in the streets and fallen chimneys.”

The quake was also felt in neighboring Bosnia. In Croatia's capital, it awoke residents and sent them fleeing into the streets. Security cameras showed parked cars shaking for several seconds, triggering their alarms.

Croatian Prime Minister Andrej Plenkovic promised state help in repairing the damage while he toured the quake-hit regions on Monday.

“This year is ending the way it started,” Plenkovic said, referring to an earlier earthquake in Croatia that came on top of the coronavirus outbreak that is challenging the EU-member nation.

Earlier this year, the Zagreb area was hit by a strong quake on March 22, causing substantial damage. One person died and at least 27 were injured.