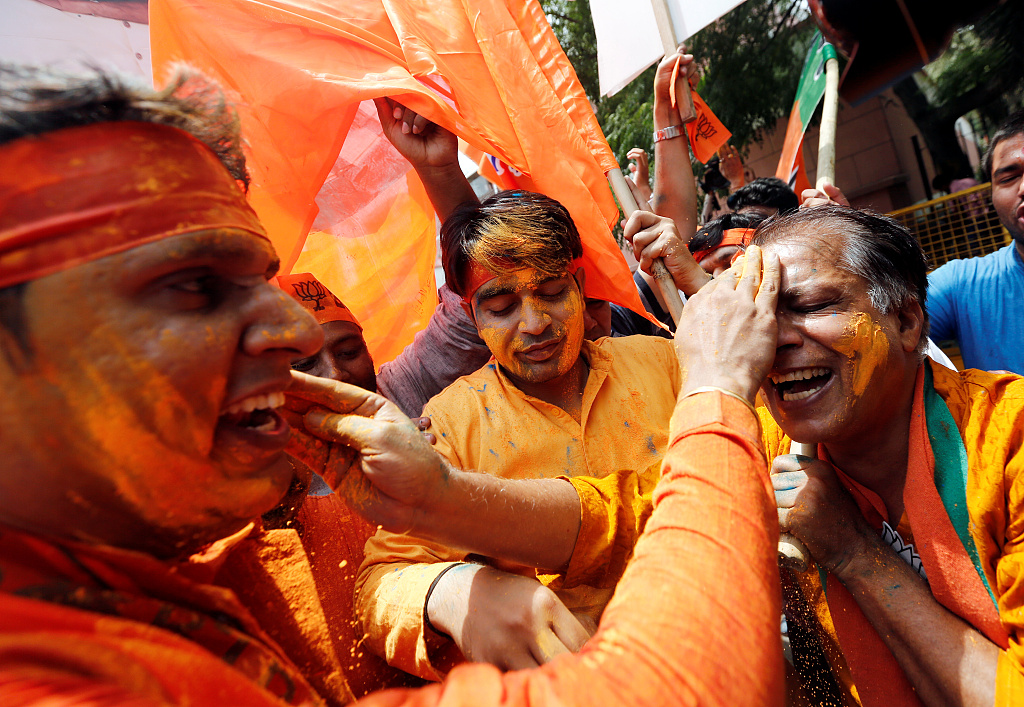 BJP supporters celebrate after learning the initial election results outside the party headquarters in New Delhi, India, May 23, 2019. (Photo: VCG)

"Together we grow. Together we prosper. Together we will build a strong and inclusive India. India wins yet again!" Modi tweeted as the outcome of the world's biggest election became clear.

The preliminary count predicts a commanding majority in the lower house for the BJP and its allies, who are on course for almost 50 additional seats.

They will still lack a majority in the upper house, however, putting a brake on Modi's legislative agenda.

"Today's mandate... shows that people of India have entirely uprooted casteism, nepotism and appeasement to choose nationalism and development," tweeted BJP president Amit Shah, in a swipe at Congress and Gandhi.

Celebrations broke out at BJP offices including in Mumbai where a few hundred party supporters and workers danced, played drums, chanted slogans and waved party flags.

India's main Sensex index breached the 40,000-point level for the first time as the count pointed to a Modi win, following strong gains since Monday.

"Time for transformation of India. Time for deep reform. I dream of us as a global superpower in my lifetime," tweeted India's richest banker, Uday Kotak, as he congratulated Modi.