India's Prime Minister Narendra Modi was sworn in Thursday for an historic second term during which he was expected to unveil a drastically revamped Hindu nationalist government. 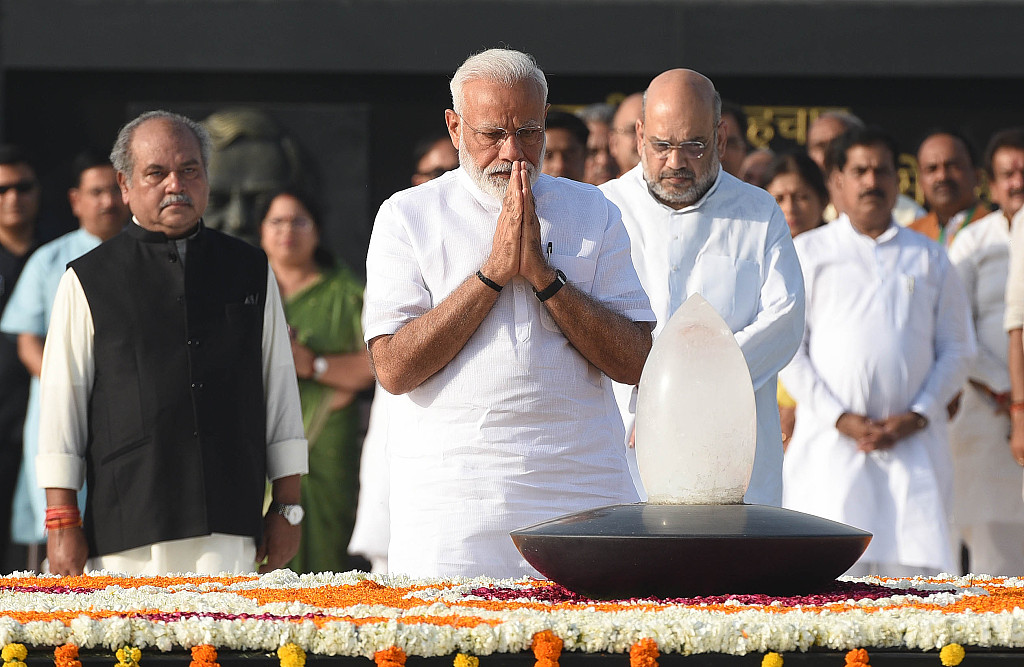 Prime Minister Narendra Modi pays tribute to BJP veteran late Atal Bihari Vajpayee at Sadaiv Atal Samadhi, ahead of his swearing-in ceremony as the prime minister for the second consecutive term, on May 30, 2019 in New Delhi, India. (Photo: VCG)

Modi was the first of more than 50 cabinet ministers and deputy ministers to take the oath of office at the presidential palace in front of 8,000 people including South Asian leaders, Bollywood stars and leading political figures.

Modi, whose right-wing Bharatiya Janata Party made history by increasing their majority in a second straight landslide election win, was to announce new finance and foreign ministers as well as find a top post for his trusted enforcer, BJP president Amit Shah.