Indian Prime Minister Narendra Modi was inoculated with the first dose of a home-grown coronavirus vaccine on Monday, kicking off an expansion of the country's immunization campaign that began in mid-January with healthcare workers. 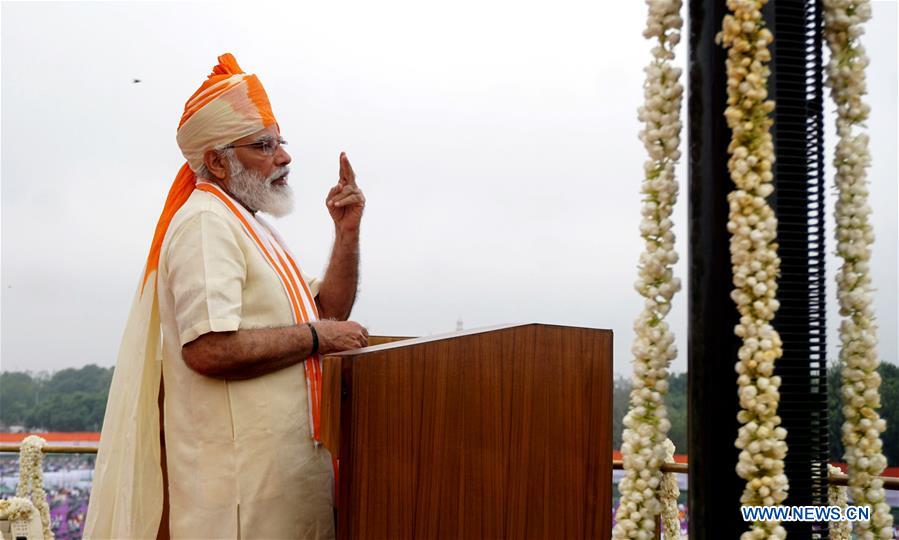 People above 60, and those who are 45 or more and suffering from certain medical conditions, are now eligible for the vaccinations.

India, which has reported the highest number of COVID-19 cases in the world after the US, has so far vaccinated more than 12 million health and front-line workers.

"Remarkable how our doctors and scientists have worked in quick time to strengthen the global fight against COVID-19," Modi said on Twitter, posting a picture of him getting the shot at a government hospital in New Delhi.

The government said last week it would let people choose their vaccination centers, effectively letting beneficiaries pick either the home-grown COVAXIN shot or the AstraZeneca vaccine, unlike earlier.

The inoculation campaign has progressed slower than expected due to a reluctance of health and frontline workers to take COVAXIN, which was approved without late-stage efficacy data.

Only about 11 percent of vaccinated people have opted for the product developed by Bharat Biotech and the state-run Indian Council of Medical Research.

Bharat Biotech has said efficacy data from a late-stage trial on nearly 26,000 volunteers who took COVAXIN will be out soon.