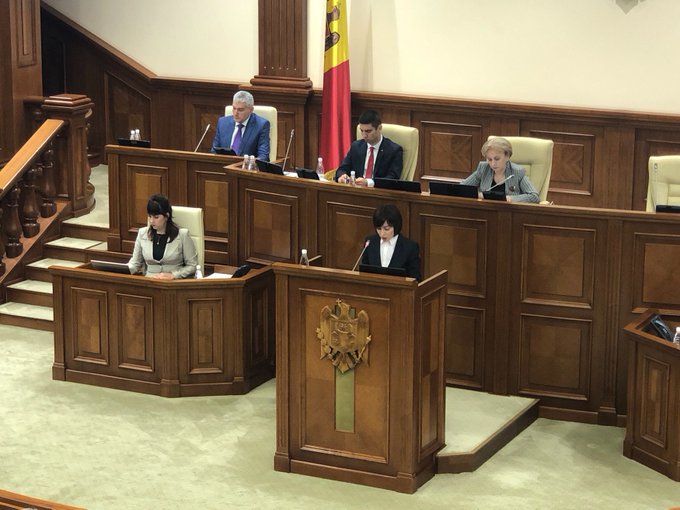 Maia Sandu speaks at the plenary session in Moldova's Parliament in Chisinau on November 12, 2019. (Photo: Twitter)

BUCHAREST, Nov. 12 (Xinhua) -- The Moldovan Parliament on Tuesday passed the motion of censure against the current cabinet, filed just by the Socialists, a governing coalition party dissatisfied with Prime Minister Maia Sandu's decision to change the rules for appointing the prosecutor general by assuming responsibility without consulting them.

According to news reports reaching here from the Moldovan media, the motion of censure garnered 63 votes in favor, much more than the required minimum of 50 percent plus one in the 101-seat one chamber parliament.

Thus, the cabinet led by Maia Sandu was toppled five months after it took office on June 8, marking also the end of the loose alliance between her pro-Western alliance ACUM and Party of Socialists.