WORLD Moment of truth arrives for EU after US tariffs strike

Moment of truth arrives for EU after US tariffs strike 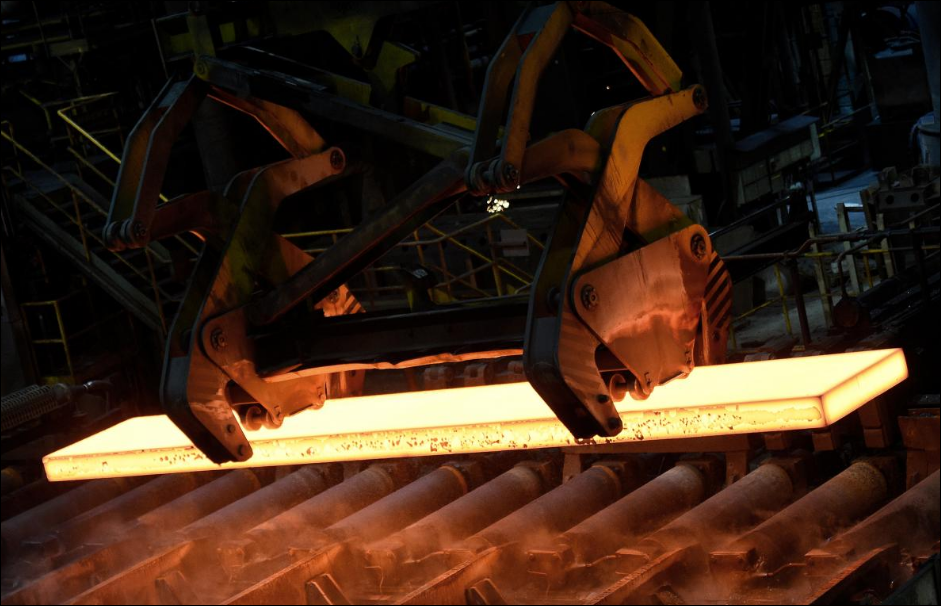 Steel is moved by a steel-worker in a mill at the plant of German steel company Salzgitter AG in Salzgitter, Lower Saxony on March 3, 2016. (Photo: Reuters)

After all the condemnation of US tariffs on EU metal exports and calls for unity, the European Union still has two decisions to make - how hard to hit back at the United States and whether to engage in trade talks with Washington.

Neither is a given. The EU can act only by consensus, and its 28 members have different interests. Germany, by far the largest European exporter to the United States, is the most fearful of a trade war. Others, including France, are determined not to yield to what they see as US bullying.

The European Commission is considering safeguards to prevent a surge of imports into the bloc and will launch a legal challenge at the World Trade Organization after the EU producers were hit by US tariffs of 25 percent on steel and 10 percent on aluminum.

EU countries have also given broad support to its plan to set its own duties of 25 percent on 2.8 billion euros ($3.3 billion) of US exports, including bourbon and motor-bikes to “rebalance” the US tariffs on 6.4 billion euros of EU metals.

This rebalancing could enter force from June 20, with tariffs on a second list of products from March 2021, although this will first need a formal decision by the EU’s 28 member states.

A joint Franco-German statement said the EU would take “all appropriate measures” in response to the US decision, but did not spell out what “appropriate” meant.

German Economy Minister Peter Altmaier, a signatory to that statement, said a month ago that EU states still needed to determine whether and when to apply the countermeasures.

Germany, whose car exports to the United States are more than half the EU total, is the most desperate of EU members to avoid a trade war and mindful that car and truck tariffs could be next after Washington launched an investigation last week.

Other countries will also need careful thought, EU diplomats said. US bourbons and whiskies make up the largest sector outside steel to be hit under the EU plan and EU producers, such as Britain and Ireland, might fear their own spirits being hit.

WE’LL NEED TO TALK ABOUT CARS

The bloc also needs to determine how to deal with the Trump administration now, particularly after he opened an investigation into cars and trucks that could lead to similar tariffs as now on metals.

Germany has tended to favor a more conciliatory approach, while others believe, after weeks of metal tariffs talks, that Trump will only respect a hard line.

Germany has more at stake. In 2017, German exports to the United States reached 112 billion euros, more than twice that of the next biggest EU country, Britain, and more than triple that of France, according to the Eurostat statistics office.

EU leaders had agreed to offer Washington the prospect of discussions to open their markets wider, with a potential reduction of existing tariffs on industrial products such as cars, and cooperation on energy and regulation.

The proviso was that Trump grant the European Union a permanent exemption to the aluminum and steel tariffs, which he has failed to do.

US Commerce Secretary Wilbur Ross told a panel at an OECD conference in Paris on Wednesday that the bloc should follow China’s lead and continue talks even with tariffs in place.

“There can be negotiations with or without tariffs in place. There are plenty of tariffs the EU has on us,” he said.

European officials gave a cool response, a French source at Macron’s office questioning whether Washington’s “brutal bilateralism” had even worked with Beijing.

Altmaier, again, has previously said Europe should discuss with the United States a potential agreement to lower tariffs across a broad spectrum of products, even without an exemption for its metal exports.

But French President Emmanuel Macron appeared to rule this out on Thursday. “This American decision stops the possibility of opening other pro-active and positive discussions on other subjects,” he told reporters.

European Commission President Jean-Claude Juncker, while questioning whether the United States was truly an ally, told German media that the situation was now difficult, but that the bloc did not want to stop talking with Washington.

“We do not want to cut off talks in so far and further talks will of course need to address the automobile sector,” he said.