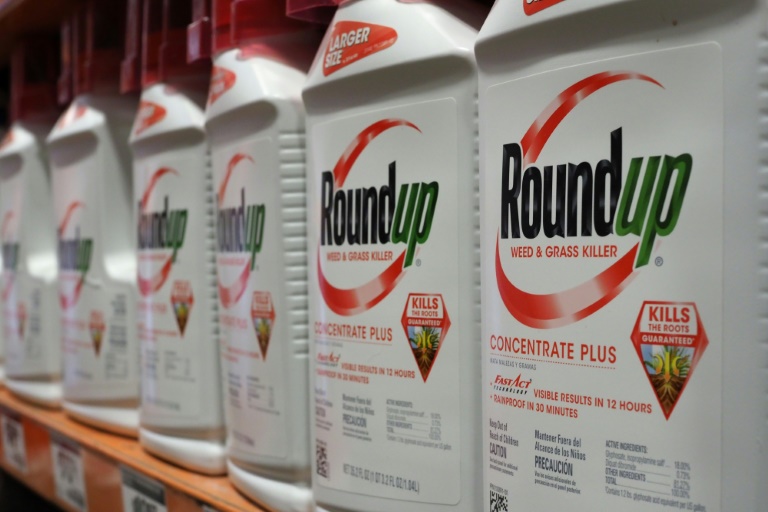 The verdict was the second major defeat in US courts for Monsanto in cases related to its Roundup weed killer within the space of a year. (Photo: AFP)

The weedkiller Roundup was a "substantial factor" in the cancer of a US man who developed a lump in his throat after decades of spraying his garden -- the second major legal defeat to agrochemical giant Monsanto in a year.

Edwin Hardeman, 70, treated his property in Sonoma County, California, regularly with the herbicide from 1980 to 2012 and was eventually diagnosed with non-Hodgkin's lymphoma.

His lawyers Aimee Wagstaff and Jennifer Moore said in a joint statement their client was "pleased" with the decision.

"Now we can focus on the evidence that Monsanto has not taken a responsible, objective approach to the safety of Roundup," they added.

"Instead, it is clear from Monsanto's actions that it does not particularly care whether its product is in fact giving people cancer, focusing instead on manipulating public opinion and undermining anyone who raises genuine and legitimate concerns about the issue."

Jurors had been asked to decide whether the ingredient glyphosate -- the world's most widely-used herbicide that has long been linked to cancer by environmentalists -- was a "substantial factor" in Hardeman's condition.

Hardeman and his lawyers hugged as the jury announced its decision, which came after a week of deliberations and follows a groundbreaking state-level trial last year brought by another plaintiff with the same condition as Hardeman.

"We look forward to presenting this evidence to the jury and holding Monsanto accountable for its bad conduct," Hardeman's legal team added.

Monsanto, which has sold Roundup worldwide for more than 40 years, contends that scores of studies show the products are not dangerous if properly used.

The case is the first in US federal court on the alleged cancer risk posed by Roundup, and will be seen as a test case, with thousands of other similar lawsuits already underway in the United States.

In August, California jurors unanimously found that Monsanto acted with "malice" and that its glyphosate weedkillers Roundup and Ranger Pro substantially contributed to Johnson's terminal illness.

Monsanto was initially ordered to pay $289 million to Johnson, who has two young sons and in the end stages of his cancer, before the damages were reduced to $78.5 million.

Hardeman testified that he sprayed Roundup on his property on the outskirts of San Francisco to get rid of poison ivy, which causes an irritating, sometimes painful rash.

Monsanto has argued that Roundup was not to blame for Hardeman's cancer, citing his age -- 66 when he was diagnosed -- and the complicating factor that he suffered from Hepatitis C.

Hardeman's lawyers countered that as he had been cured of Hepatitis C, it could not have been a factor in his development of non-Hodgkin's lymphoma.

One of the experts called by Hardeman's team suggested that Roundup is even more dangerous than glyphosate on its own, because of additives in the weed killer.

"Look at all the studies, all the data," Hardeman's lead attorney Aimee Wagstaff told the jury. "Studies are pieces of a puzzle you have to put together."

Unlike the US Environmental Protection Agency, the International Agency for Research on Cancer -- which is part of the World Health Organization -- has listed glyphosate as "probably carcinogenic."

Bayer expressed disappointment with the decision, but maintained that the science confirmed that glyphosate-based herbicides do not cause cancer.