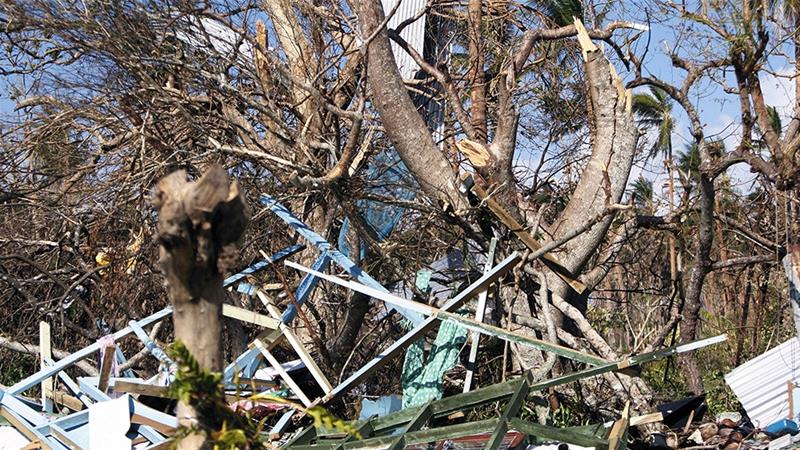 A deadly Pacific cyclone cut off communication links to Vanuatu's northern islands Tuesday, with aid officials saying they had grave concerns for residents in the remote areas.

"We cannot say for certain what the damage is because communications are down," she said, adding that the most recent updates were social media posts from Monday evening.

"They showed a lot of damage but we have no numbers of casualties yet."

De Gaillande said Vila escaped the worst of Harold but she feared for those in areas further north that bore its brunt.

"In Vanuatu homes are not built very strongly and I'm afraid there will be lots of people who have lost their belongings and do not have a place to stay."

De Gaillande said a complicating factor in relief efforts were travel restrictions imposed to help Vanuatu remain one of the world's few places with no confirmed COVID-19 cases.

Authorities in Port Vila have sealed off international borders and banned inter-island travel to minimise chances of the virus spreading.

De Gaillande said that meant aid agencies could not arrange domestic flights to cyclone-hit areas to carry out damage assessment and bring in supplies.

The 2015 cyclone sparked a major international relief effort but a similar operation now would run the risk of importing the virus to a country that lacks the health infrastructure to deal with even a mild outbreak.

Cyclone Harold has already caused widespread damage in the Solomon Islands, where an inter-island ferry ignored weather warnings and 27 people died after being washed off its decks.

Modelling early Tuesday showed it continuing to track southeast, passing south of Fiji as a category four Wednesday and weakening to category two as it brushes Tonga a day later.

However, the storm system has already proved unpredictable, with forecasters initially expecting it to only reach category three before petering out.