South Korean President Moon Jae-in and Japanese Prime Minister Shinzo Abe on Monday held their first talks for more than a year on the sidelines of a regional summit in Thailand, Moon's office said, with the neighbours' relationship in dire straits. 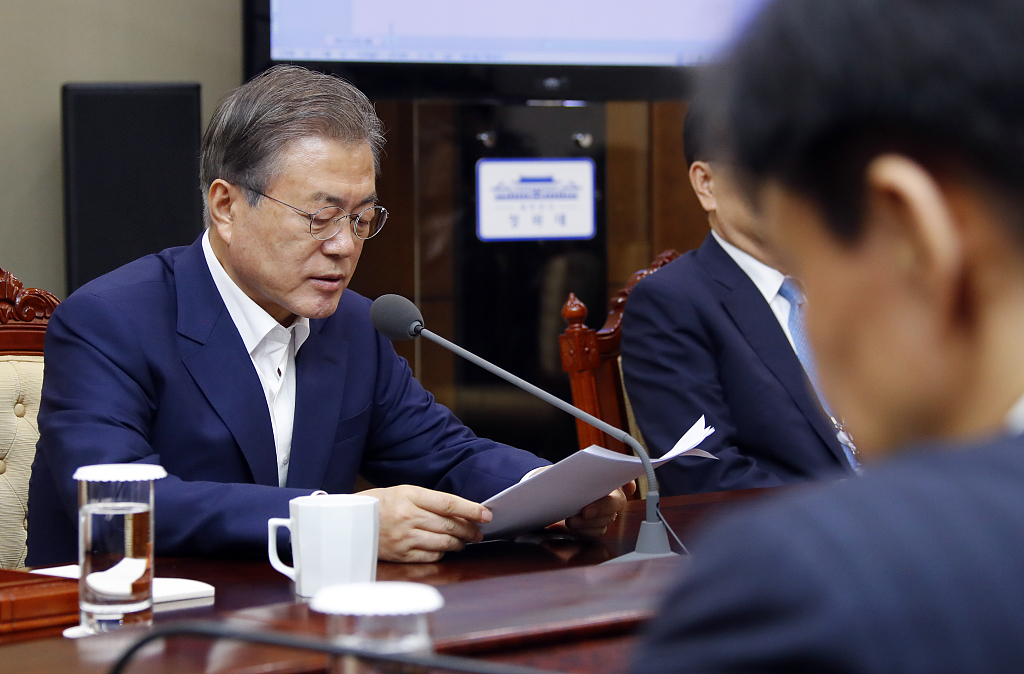 Ties between Seoul and Tokyo -- both of them US allies facing the twin challenges of nuclear-armed North Korea and an increasingly assertive China -- are at rock-bottom over a dispute related to Japan's use of forced labour during World War II, with the countries trading retaliatory sanctions.

Moon and Abe held a "very friendly and serious" dialogue that lasted 11 minutes on the sidelines of the ASEAN Plus Three summit in Bangkok, Ko Min-jung, the South's presidential spokeswoman, told reporters.

But she gave no indication of any concrete outcomes.

"The two leaders agreed on the view that Korea-Japan ties were important and reaffirmed the principle that bilateral issues should be resolved through dialogue," she said.

Moon proposed they review a higher-level meeting if necessary, to which Abe responded that the neighbours should try to find a solution by using "every available means", Ko said.

The meeting -- their first one-on-one in 13 months -- comes after Moon did not attend the coronation of the new Japanese emperor Naruhito last month, but sent the prime minister in his place, bearing a letter to Abe.

South Korean courts have made a series of rulings against Japanese firms in recent months in cases stemming from historical issues.

In July, Japan tightened export controls on three chemicals essential to key products made by South Korean firms including Samsung. Seoul has retaliated with its own trade measures and announcing the termination of a military information-sharing agreement.

Tokyo says its decision was made on national security grounds, but the move was widely seen as a response to the compensation rulings.

Japan says all reparations claims from its 35-year colonial rule were settled under a 1965 treaty and an associated economic agreement made as the countries normalised relations.