The leaders of the Republic of Korea (ROK) and the Democratic People's Republic of Korea (DPRK) have agreed to hold high-level talks on June 1, the DPRK's state media KCNA reported Sunday, adding DPRK leader Kim Jong Un's hopes were "fixed" for a potential summit next month with the US. "The top leaders of the North and the South agreed to hold the North-South high-level talks on coming June 1 and further accelerate the talks of various fields including the ones of military authorities and Red Cross," the KCNA reported. 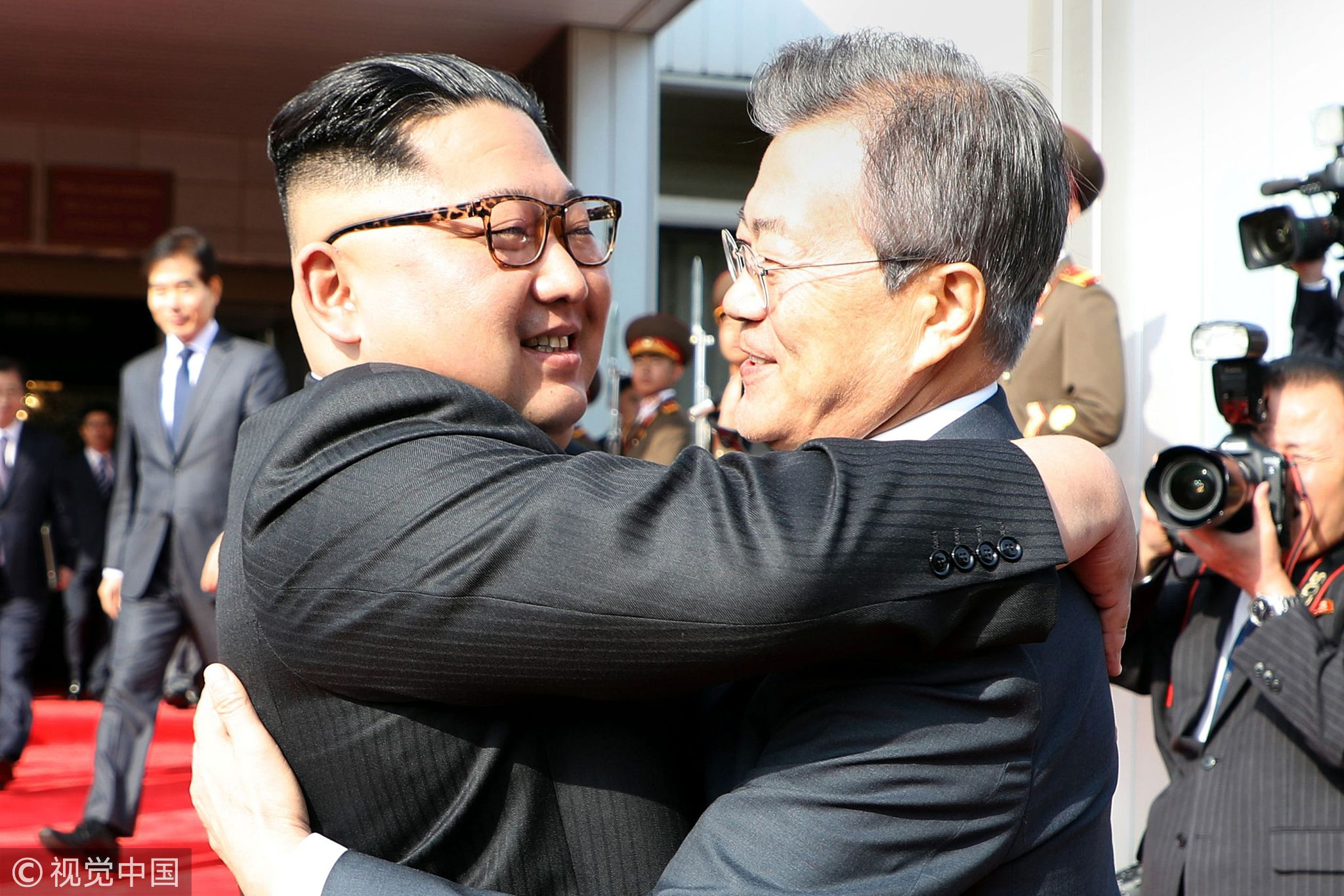 ROK President Moon Jae-in (R) hugging DPRK leader Kim Jong Un after their second summit at the north side of the truce village of Panmunjom in the Demilitarized Zone (DMZ), May 26, 2018. (Photos: VCG)

Moon and Kim held their second summit at Panmunjom on Saturday afternoon.

"Panmunjom, the historical land which had once come under global spotlights as a symbol of peace for making a new start of the North-South relations and opening up a new era of reconciliation and unity, witnessed the significant meeting between the top leaders of the North and the South once again after 29 days," KCNA confirmed.

The report added that the two leaders have agreed to meet "frequently in the future".

ROK President Moon Jae-in (R) holds talks with DPRK leader Kim Jong Un during their second summit at the north side of the truce village of Panmunjom in the Demilitarized Zone (DMZ), May 26, 2018.

"They shared the opinion that they would meet frequently in the future to make dialogue brisk and pool wisdom and efforts, expressing their stand to make joint efforts for the denuclearization of the Korean Peninsula," said KCNA.

"Kim Jong Un thanked Moon Jae-in for the effort made by him for the DPRK-US summit scheduled for June 12, and expressed his fixed will on the historic DPRK-US summit talks," said the report.